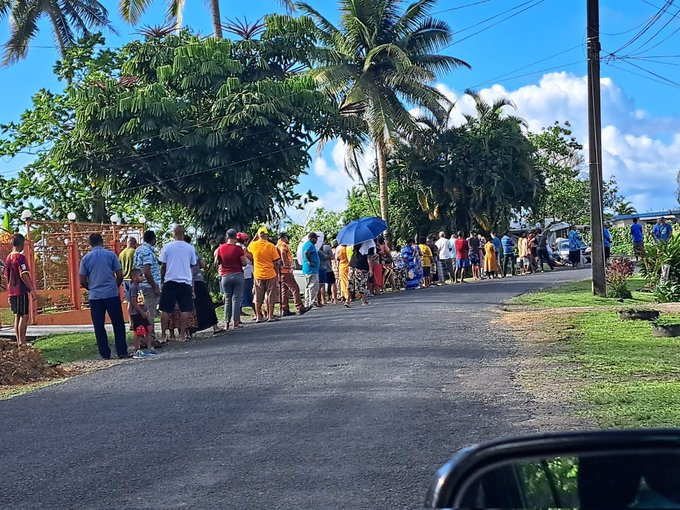 Polling in Fiji is now in full swing as the 2022 General Election continues until 6pm today.

Supervisor of Elections, Mohammed Saneem has so far given the thumbs up to those who turned up early to cast their votes.

He said those who haven’t turned up have a few more hours left.

“It’s Election Day in Fiji and it comes once every four years. If you are still thinking about coming out to vote, make the decision to come and vote, that’s all we can say.

Meanwhile, President Ratu Wiliame Katonivere has become one of the first to cast his vote early. He voted at the Draiba School in Suva.

Overseas registered voters who are in the country will vote at the St Stephens Building in Suva.