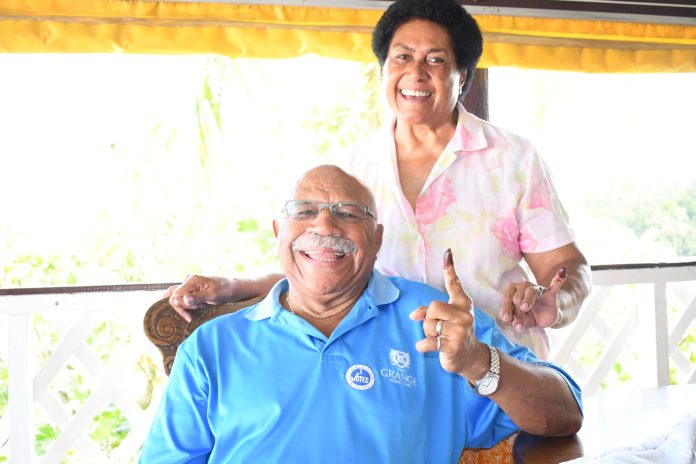 People’s Alliance Party (PAP) Leader Sitiveni Rabuka says the 2022 General Elections provided a perfect opportunity for the people of Fiji to have a civilised revolution against the Bainimarama Government which he claims had not delivered to people’s expectations.

“The fact that there were a lot of complaints during the campaign means that the people who complained and voted had expected a lot from them which they have not delivered. That is the perfect condition on the ground for civilised revolution exercised through the ballot box,” Rabuka told PACNEWS from his Suva residence.

The 1987 coup leader and former prime minister thanked all PAP candidates and volunteers for an election that has been “well fought”.

“The victors should be humble in victory, those that are defeated have only been defeated by those that worked extra hard and probably have not had their weaknesses seen in the last 16 years,” said Rabuka.

“It’s very difficult to defeat an incumbent government. On the other hand, they have shown their weaknesses over last 16 years whereas we have come in criticising their weaknesses promising to do better and we have to prove ourselves once we are in government.”

Rabuka added the voter turnout has not been flattering as he hoped would be.

“There had been a lot of awareness on the need to go and vote and I think we did that well as a party, we had gone out to encourage people to go and vote stressing to them that is their responsibility as citizens of Fiji.

“We are hopeful, said Rabuka.

In the 2018 elections, Rabuka received 77,040 votes, which represented 16.96% of the total votes cast, second to Voreqe Bainimarama’s 167,732 votes. Rabuka was then candidate for the SODELPA Party.