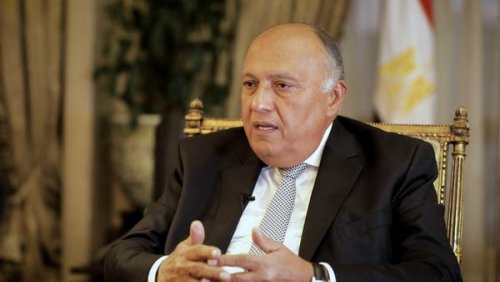 The Cop27 UN climate summit has made a delayed start after delegates tussled late into Saturday night and on into Sunday morning over what should be discussed at the conference.

At the heart of the disagreement was the vexed question of loss and damage, which refers to the devastating consequences of climate breakdown suffered by the poorest and most vulnerable countries, and how to help them.

Delegates could not agree on whether and how loss and damage should be put on the agenda for the two-week summit in Egypt, which 196 countries, 45,000 people and 120 world leaders will attend.

Discussions on the agenda began at 3pm on Saturday, continued until after 1am without resolution, and were finally completed on Sunday morning.

The scheduled 10am start was delayed by hours and delegates worried that the contentious opening might indicate a fractious conference to come. “This is going to be a difficult Cop,” one negotiator told the Guardian.

The final agenda item directed the conference of the parties to discuss “matters relating to funding arrangements responding to loss and damage associated with the adverse effects of climate change, including a focus on addressing loss and damage”.

NGOs welcomed the resolution. Ani Dasgupta, the president of the World Resources Institute, said: “Vulnerable nations have tirelessly appealed for help to cope with the alarming and damaging climate impacts that they hold little responsibility for causing. Today, countries cleared a historic first hurdle towards acknowledging and answering the call for financing to address increasingly severe losses and damages.”

The opening of the summit also marked the moment at which the UK handed over its presidency of the talks to Egypt. Alok Sharma, the UK’s president of Cop26, which took place in Glasgow last year, said: “To those who remain sceptical about the multilateral process, and of the Cop process in particular, my message is clear: as unwieldy and sometimes as frustrating as these processes can be, the system is delivering.”

He warned of the dangers of failing to act on the climate crisis. “As challenging as our current moment [in terms of the global economic and geopolitical situation] is, inaction is myopic, and can only defer climate catastrophe. How many more wake-up calls do world leaders actually need? A third of Pakistan underwater. The worst flooding in Nigeria in a decade. This year, the worst drought in 500 years in Europe, in 1,000 years in the US and the worst on record in China. The cascading risks are also clear … entire regions becoming unliveable.”

Simon Stiell, the UN climate chief and former minister of environment for Grenada, warned countries they would be held to account for the promises they made last year in Glasgow.

At Cop26, countries agreed to try to prevent global temperatures rising by more than 1.5C above pre-industrial levels. However, the pledges on emissions cuts made there were inadequate to achieve that goal, so governments also agreed to return to the table this year with improved plans.

Most have so far failed to do so. Stiell said: “Only 29 countries had come forward with tightened national plans since Cop26 – 29 is not 194. So here I am now looking out at 165 countries that are due to be revisiting and strengthening their national pledges this year.”

He added: “I will not be a custodian of backsliding. We know what must be done by everybody everywhere, every single day, doing everything we possibly can. Colleagues, it’s time to get to work.”

Sameh Shoukry, the Egyptian foreign minister who is president of Cop27, said: “We are delighted to have for the first time an agenda item on loss and damage, recognised as a very controversial issue that has to be addressed with transparency and dedication.