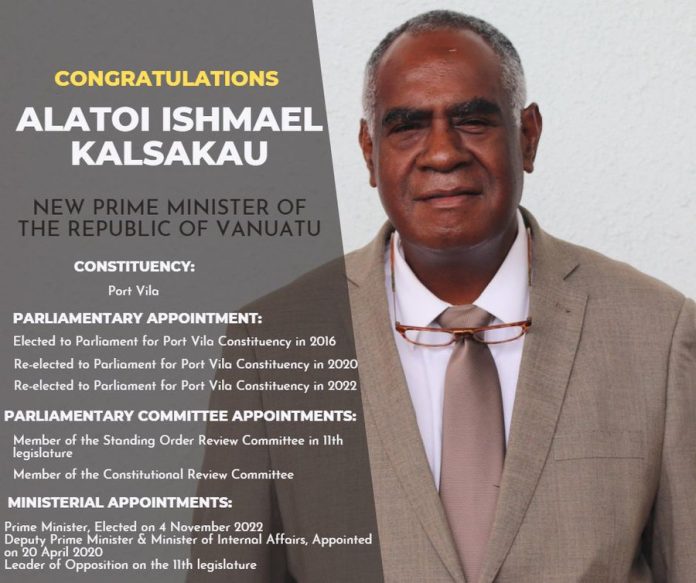 After more than six hours of the first sitting of the new Vanuatu Parliament, former Vanuatu Deputy PM Ishmael Kalsakau was elected by an overwhelming majority of 50 out of 52 Members to be Prime Minister of the Pacific nation.

President of the Union of Moderate Parties (UMP), Ishmael Kalsakau was the only nominee for Prime Ministership after his nomination was supported by former Prime Minister Bob Loughman. However, a late nominee from the floor of Parliament  resulted in the secret ballot.

Kalaskau collected 50 votes in the secret ballot and was declared Prime Minister by Speaker of the 13 Legislature, Seoule Simeon. Immediately after the vote, Kalasakau was sworn in as Prime Minister.

All the the 52-member of national legislature was sworn in today.