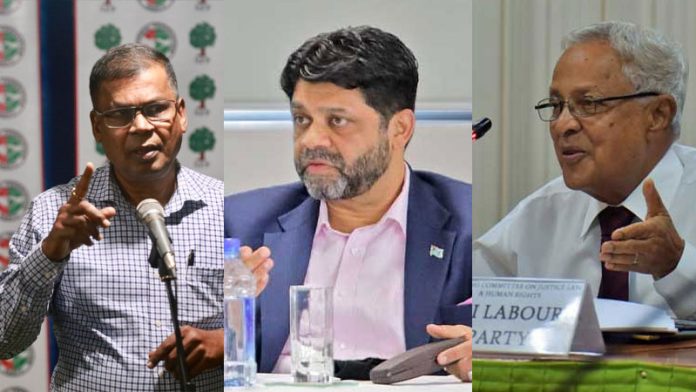 Fiji’s Opposition Social Democratic Liberal Party (SODELPA) says it is delighted that the date for the General Election has been announced.

SODELPA Leader Viliame Gavoka was elated after he was advised that the election will be held on 14 December.

“I was in church, after church I was told that the HonoUrable Prime Minister has made that announcement and I just said Praise the Lord. I was so elated because it has been a long wait.”

Gavoka said that the party will go into campaign mode in the next six weeks.

Despite this, Kamikamica said the timing for the election is awkward.

He, however, said that the people will have the last say.

Kamikamica urged voters to make some sacrifices for the country and its future.

Kamikamica said the People’s Alliance (PAP) will also announce more names of provisional candidates once the writ is issued by the President.

“We already have the names ready, but a lot of candidates asked for it to be announced after the writ. Now that the writ is to be announced as soon the leader comes back he will make a decision on when to announce.”

Kamikamica said at least another 20 names will be announced.

The National Federation Federation Party (NFP), upon welcoming the announcement of the election date, said the next six weeks will be one of the most critical periods in Fiji’s history.

Party Leader and Professor Biman Prasad urged voters to make their plans now for 14 December and urged all Fijians to know their polling venues.

Unity Fiji leader Savenaca Narube also welcomed the announcement of the election date. Narube said there is one and a half months to the election and his Party is ready.

“We are ready to go to the election. We have been ready for some time. Now that we know for sure when the election will be held we will go all out and complete our campaign.”

The Fiji Labour Party (FLP) said it is ready for the election on 14 December.

He said he was overwhelmed by the support Opposition parties have been receiving.

Chaudhry said while the poll is close to Christmas, he is appealing to Fijians to make the necessary adjustments to ensure that they cast their vote.

The FLP has announced around 40 provisional candidates, with more names expected to be announced soon.