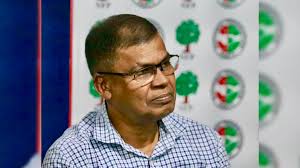 “He was subsequently charged,” the Police Commissioner said.

He was alleged to have hugged and kissed the cheek of Ari Taniguchi — the wife of former NFP provisional candidate Hiroshi Taniguchi — on two separate occasions in July and August of this year at the National Federation Party office in Suva.

NFP general secretary Seni Nabou said all the party could do at present was acknowledge the charges laid against the NFP leader.

“We are limited by law on what further information we can provide to the public at this point,” Nabou said.

Prof Prasad has been bailed and will front court on 15 November, 2022….