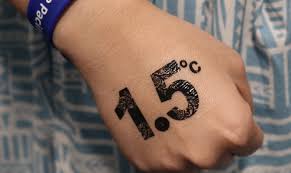 Pacific women negotiators at the United Nations Framework Convention on Climate Change Conference of the Parties (UNFCCC COP) are adamant about what they want to come from COP27 in the city of Sharm El-Sheikh, Egypt.

With the Pacific having already cemented its priority thematic areas ahead of the global conference, women negotiators who attended the Pacific Small Island States (PSIDS) COP27 Preparatory Meeting in Apia on 26 – 29 September 2022 want, among other things, clear progress on turning pledges and commitments into urgent, bold and tangible action, consistent with the 1.5 degrees pathway.

They are also calling for more pressure on developed countries to deliver on their Paris Agreement commitments, especially the need to review their emissions to be more ambitious and to align with the 2050 net zero carbon target.

To help achieve these, they say the Pacific’s amplified voice and representation at COP has become even more critical. Vaiaoga Lameko, of Tuvalu, said the COP negotiations process cannot be business as usual. The outcomes from the meeting are literally a matter of life and death for her people.

“Being present at COP ensures we have a say in the kind of future we will live in,” she said. “We are taking a stand for Tuvalu and all Pacific islands as well as all vulnerable places around the world.”

Tuvalu is considered one of the most susceptible nations to climate change, with predictions that it would completely disappear into the ocean unless global warming is drastically diminished.

The threat does not stop with Tuvalu.

Gwen Sissou, of Papua New Guinea, said the world has a moral responsibility to do something to help Tuvalu and many smaller Pacific nations.

“We are the moral compass for climate change and we need to keep speaking out for our region. The world needs to work together for a 1.5 to stay Alive outcome,” she said.

In September, ahead of COP27, negotiators from 14 Pacific Islands met in Samoa to better understand the issues and strengthen the Pacific’s positions on thematic areas at the negotiations. The Pacific’s priority thematic areas are Adaptation, Mitigation and Ambition, Article 6 (on Markets and Non-market approaches), Finance, Loss and Damage, Oceans, Global Stocktake, Capacity Building and Technology, Gender, and Transparency.

Evalyne Detenamo, of Nauru, said having a united Pacific voice would go a long way to secure an outcome that is beneficial for the region.

“The Pacific’s presence at COP27 is very important but only if we all work together. As Pacific countries, we are at the front line of climate change impact. We need urgent action to help our people now,” she said. “So going into the COP we have to really fight for our voice and to ensure that we let our voice be heard. We might be small but that shouldn’t discourage us from continuing to fight for the survival of our countries and people.”

Vainalepa Toiata Uili, of Samoa, lives to tell the stories of climate change devastation in her country – stressing the importance of achieving our Pacific “asks” at COP27.

“For me personally, the most extreme weather event I’ve experienced was Cyclone Evan. I live in the Vaisigano area and that cyclone was accompanied by flooding that was unprecedented and never witnessed before in our area. It was a scary experience but one I am sure will not be a one-off, given the current climate change trajectory.”

Mereani Nata and Shweta Naidu, of Fiji, agree and are reminded about the Pacific nations’ negligible contribution to global emissions and yet Pacific communities are the worst impacted.

“COP27 is important for us Pacific Islanders so we can voice our climate change concerns. We are low emitters vulnerable to the climate change impacts we are now experiencing. We must join and raise our Pacific voice,” Nata said.

Naidu added: “We must ensure our collective voice is heard. Even though Pacific islands are small countries as individuals, as a collective, however, I think the Pacific’s voice is powerful.”

Conferences of the Parties are held under the United Nations Framework Convention on Climate Change (UNFCCC), and this year marks its 30th anniversary since it was established at the 1992 Rio Earth Summit.

So why does the process matter?

Speaking during the PSIDS COP27 Preparatory Meeting, Lucille Apis-Overhoff, of the Federated States of Micronesia, said: “We’re saving lives. That’s the simple truth of what we do and why we need to be at COP. The lives of our Pacific peoples depend on it.”

The 27th Conference of the Parties to the UN Framework Convention on Climate Change will be held in Sharm el-Sheikh, Egypt from 06 to 18 November 2022. The Pacific Small Islands Developing States Preparatory Meeting for the UNFCCC COP27 was funded by the Government of Ireland and facilitated by SPREP from 26 – 29 September 2022.