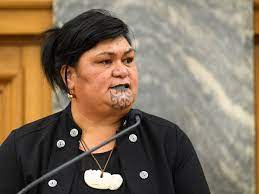 -New Zealand has cautiously welcomed a new US-led Pacific agreement, while reminding American diplomats of the primacy of the key issue in the region – climate change – and the Pacific Islands Forum.

Pacific nations are heading to the White House this week for a summit with President Joe Biden as the .US looks to regain trust with a region it has overlooked in recent years.

The ABC reports an 11-point declaration has been prepared in the build-up to the summit, which Australia and New Zealand are attending as observers.

However, the same report suggests the Solomon Islands has decided not to sign on to the agreement, which may jeopardise its launch.

New Zealand Foreign Minister Nanaia Mahuta said Wellington would “certainly consider” signing on to the agreement, if it was centred on Pacific concerns.

“The most important conversation is to engage the Pacific in a conversation that they want to have, which is climate change,” she said.

“That will need to be evidenced by consistently demonstrating how they will partner Pacific-led aspirations.”

Geopolitically, the agreement is widely viewed as a counterweight to a Pacific diplomatic sweep by China earlier this year.

Beijing signed a number of bilateral deals with Pacific nations after a grand tour by Foreign Minister Wang Yi, including a security tie-up with the Solomon Islands which alarmed both Australia and New Zealand.

Reticence from Solomon Islands Prime Minister Manasseh Sogavare to ink the new deal with the US may suggest growing Chinese influence over the country.

It could also suggest Sogavare, whom Anthony Albanese hugged at June’s Pacific Islands Forum (PIF) in Fiji, was chastened by the regional condemnation that followed his security agreement with China.

After a year of dramatic diplomatic episodes for the region, Ms Mahuta was keen to underscore the importance of the PIF.

It counts only Pacific countries including Australia and New Zealand as members, not superpowers such as the US and China.

“What New Zealand is saying is that rather than create new architecture, engage with the Pacific through the Pacific Island (sic) Forum,” she said.

“It’s important for the US to hear what Pacific views are in relation to their most pressing concerns.

“The Pacific know all too well, that there’s increased interest in the region. They will be observing very carefully who’s prepared to listen to the views of the Pacific and work as genuine partners,” she said.

‘It’s not a publicity stunt’: the push to elect female MPs...