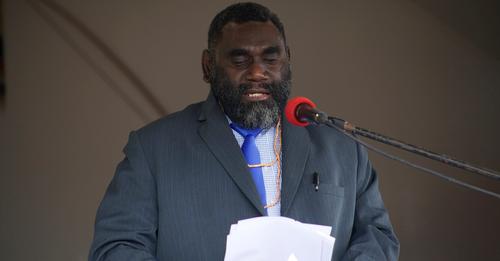 Bougainville today celebrated the 20th anniversary of the Bougainville Peace Agreement (BPA) that was signed between the people of Bougainville and the Government of Papua New Guinea on 30 August 2001.

The Bougainville Peace Agreement (BPA) formally ended the Bougainville crisis and signified the cessation of hostilities between the people of Bougainville and the Government of Papua New Guinea. It closed one of the darkest chapters of PNG and Bougainville’s history.

Bougainville President Ishmael Toroama said the BPA set the foundation for peace and opened the way for Bougainville to pursue their aspirations on self-determination.

“In the last twenty years our people, our leaders and the Autonomous Bougainville Government have shown great resilience in maintaining our commitment to the Bougainville Peace Agreement.

“Our endeavour to attain political independence for Bougainville has always been within the parametres of the Bougainville Peace Agreement. Our commitment has given credibility to the process espoused by the BPA by successfully implementing the requirements of the BPA’s three main pillars:

“It also a declaration by our government and our people of our resolve and the journey we have already begun.

“We have enjoyed twenty years of peace under the Bougainville Peace Agreement and the autonomous arrangements that created the ABG. The next five years are going to be critical as the ABG has declared its position to the National Government and we have set a timeline (2025 – 2027) for Bougainville’s final political settlement.

“I must thank the Prime Minister James Marape and the National Government for their continued commitment on the implementation of the BPA, we have come this far in the spirit of friendship and equal partnership. However, there are outstanding issues such as intergovernmental finance arrangements, drawdown of powers and the joint autonomy review. In light of this achievable challenges I recognise the Joint Supervisory Body as the appropriate medium to discuss these issues.

“In the face of adversity, we have shown courage by defending our land and our people against an oppressive regime and by the same spirit we have proved our valiance to accept peace. Our journey is not yet over, the next chapter in our history requires our people to unite and to continue to work hard to support our government,” said President Toroama.

He said history has taught them that peace by peaceful means has been the only answer to Bougainville’s progress.

“Hence we must embrace the values and principles that promote peace not only for our time but a peace for all time to come on Bougainville.

“As a signatory to the Bougainville Peace Agreement and moreover as President of Bougainville I am proud of the progress we have made despite the many challenges that came our way.

“I pay tribute to Bougainville’s past and present leadership for their immense contribution to making Bougainville realise its ultimate political future and that is independence. Happy 20th Bougainville Peace Agreement Anniversary Celebrations to you all,” said President Toroama.

Porgera mine to be reopened in April