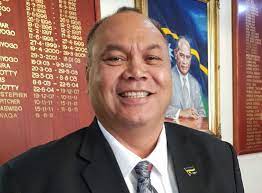 Nauru’s president Lionel Aingimea is among the members of parliament who have been re-elected in the weekend poll.

However,  results show that two former presidents, Baron Waqa and Ludwig Scotty, failed to win any of the 19 seats at stake.

In the Yaren constituency, the two seats were won by women, Charmaine Scotty and Isabella Dageago…

U.S to send officials to Solomon Islands due to tensions over...