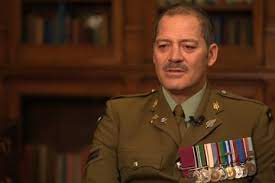 The New Zealand Defence Force (NZDF) is taking part in a large-scale military exercise in Fiji, bringing together the same allies which once fought side by side in the Solomon Islands during WWII.

“We have an obligation to work alongside these folks… We are part of the Pacific,” he said.

“Having that familiarity and that trust and those relationships through training, it’s fundamental to what we do.”

“We work together so we feel we are not alone and they also treat us as equal partners in this.”

The Pacific landscape is rapidly changing, and while climate change is a big issue, its China’s growing influence in the region that is causing concern.

Tony Greubel, of the US Embassy in Suva, says it’s why the US-led training exercise in Fiji is so important.

“Australia and New Zealand, Fiji – just like all the other Pacific nations – share our values for democracy and the rule of law for a free and transparent Indo-Pacific,” he said.

It’s the first time in decades that this type of military exercise has been held in the Pacific and involves around 270 military personnel who are training in jungle and urban environments.

For the Kiwis, it’s a relief to get back to business.

Two years of doing security at MIQ facilities has resulted in hundreds of personnel leaving the NZDF.

Private Mac Dougan says it’s been “awesome” getting back to the jobs they signed up for.

“It’s given everyone a wee pick me up, take the masks off and put the camouflage back on,” he said.

Agreement between Fiji and NZ on Defence cooperation and the status...