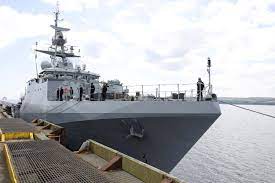 The Ministry of Defence has outlined the British military presence in the Indo-Pacific, pointing out that it has grown in recent years.

Andrew Rosindell, Member of Parliament for Romford, asked: “To ask the Secretary of State for Defence, with reference to page 67 of the Integrated Review 2021 and the escalation of tensions on the Taiwan border, what recent assessment his Department has made of the adequacy of the UK’s military presence in the Indo-Pacific region.”

James Heappey Minister of State for the Ministry of Defence, responded: “The Integrated Review recognises that the Indo-Pacific region is at the centre of intensifying geopolitical competition with multiple potential flashpoints. The recent actions and remarks made by China on Taiwan are concerning. We will continue to encourage open communication and de-escalation.

The Ministry of Defence regularly reviews UK global defence posture and capabilities to take account of emerging threats and crises. We have not made an assessment as to the adequacy of the UK’s military presence in the Indo-Pacific region. However, we are strengthening defence and security cooperation, increasing our engagement with regional security groupings and exercising with the U.S, Australia and regional partners, including through the Five Powers Defence Arrangements (FPDA) members.

Our maritime presence in the region has grown, with the deployment of two Offshore Patrol Vessels (OPVs) as part of our persistent presence approach. The joint UK and U.S defence facility on the British Indian Ocean Territory plays a vital role in our efforts to keep the region secure and we retain a permanent presence in Brunei, through the Resident Infantry Battalion.”

Seventeen nations have joined forces to monitor activities across a vast area of the Pacific – more than 18.4 million square kilometers of ocean, 30 times larger than the North Sea and rich with tuna – covering waters in the economic exclusion zones of Australia, New Zealand, Fiji, Papua New Guinea, Solomon Islands and Vanuatu amongst others.

It’s the first time the Royal Navy has taken part in the operation, one of many varied missions as part of the broader five-year Pacific mission by sister patrol ships HMS Spey and Tamar.”.