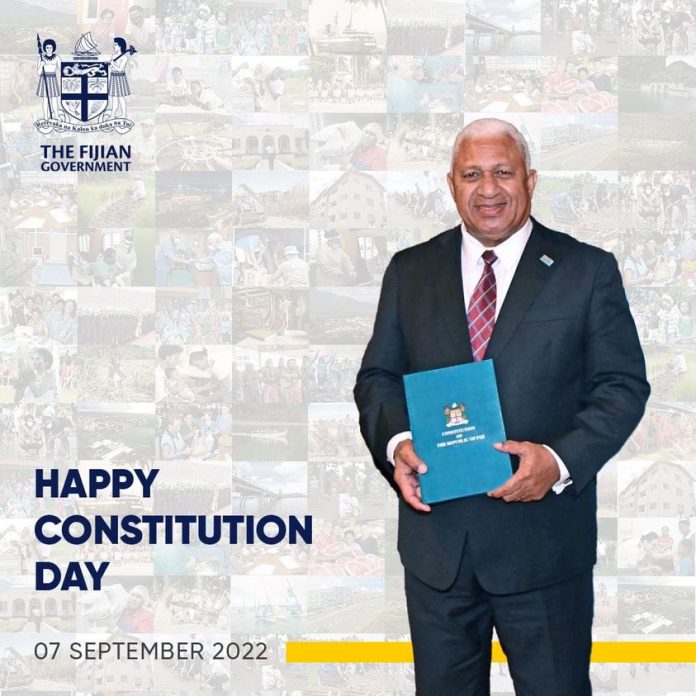 Instead of protecting the human rights of citizens, the 2013 Constitution protects military government decrees imposed before the 2014 General Election.

“This Constitution instead protects military government decrees ahead of human rights,” he said.

“People are afraid to exercise their rights of expression, association or political rights.

“Opposition parties are repeatedly harassed and investigated while FijiFirst does what it wants, funded by millions of dollars in donations from the rich.”

Prof Prasad claimed the 2013 Constitution was “forcefully imposed” and that the “government even tramples over the rights we have left”.

“The FijiFirst Government cares about no one and nothing except itself.

“It passes almost all its laws in Parliament under urgency, without consultation.

“Laws such as Bill 17, changes to the Electoral Act and the Media Industry Development Act appear from nowhere.”

Prof Prasad said Fiji was at a turning point and that the Government was prepared to “walk all over and take away our democratic rights just so that it can stay in power”.

“If it is re-elected, we will continue to lose those democratic rights we have left.

“The only real right left to citizens is to vote. We must, when we have the opportunity, do what is necessary to exercise it. “We must rid Fiji of the FijiFirst Government.”

Commonwealth statement on the attempted deportation and arbitrary detention of High...