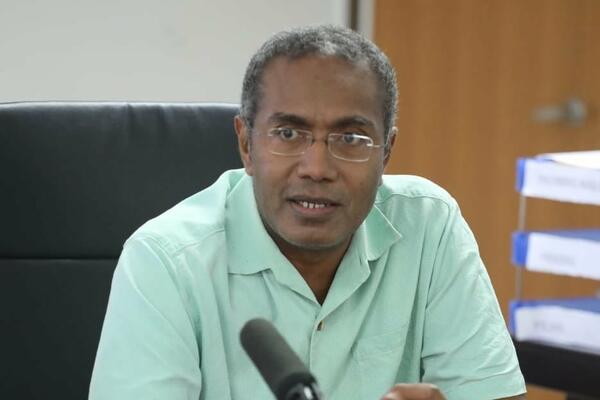 Kenilorea said Australia has done nothing wrong by making this generous offer.

He said in fact they have been helping with our country’s elections in the past.

Kenilorea said the attack by the Prime Minister on what is a generous offer by Australia is inappropriate and extremely unhelpful.

“It has exposed Sogavare and his government’s real selfish agenda to hold on to power,” he said.

The Opposition MP said if one of the main arguments by the government is lack of finance and resources to hold two events next year then definitely this is offered by the government and people of Australia we should welcome with open arms.

“The Prime Minister’s response that this is an assault on our democracy is in fact a reflection of the current situation in which the Prime Minister is trying to disregard parliamentary process for the Bills and Legislations Committee to carry out an inquiry on a very important Bill, the Constitutional Amendment Bill 2022” he said.

Kenilorea adds the Prime Minister did not voice out his disagreement when Australia gave $17 million (US$11.5 million) for the Pacific Games.

“That offer was never criticised but heartily welcomed with joy. But when a generous offer was made to help fund the elections next year, it was viewed differently. It is in fact shameful to say the least and only shows the government’s true colours that it was never about hosting two events in the same year,” he said.

Meanwhile, Opposition MP Derick Manuari says the government is using pacific games as an excuse to drive its agenda to extend the life of Parliament.

In an interview recently, the MP for West Makira said Solomon Islands could host both the Pacific Games and National General Elections in 2023.

He said fellow members of Parliament from the government that are planning to vote in favour of the amendment should think seriously as to whether the reasons to host the Games is more important than the national elections.

“Any reasons given does not warranty a constitutional amendment of the democratic process of a sovereign state,” he said.

Manuari said the argument that there is no logistics and finance to host two major events in a year is an excuse that that only came about recently.

“When we lobbied to host the Pacific Games in Vila in May 2016, we also knew that elections would happen in the same year. But that agenda to extend Parliament never came up back then but only recently. So between the period we won the bid up until now and 2023, something else other than the Pacific Games must have been the reason,” he said.

Manuari said if the Pacific Games 2023 is the reason then the proposal that the government took to Port Vila in 2016 surely did not take into consideration the national elections.

The Opposition MP said he believes that the government’s agenda to extend Parliament from four to five years is influenced by foreign elements.

He said the government is pushing people to the edge knowing well that the people are not in support of any plans to extend parliament because they are confused and not convinced by the reasons given by the government.

“Foreign powers are dominating political play in our domestic affairs,” he said.