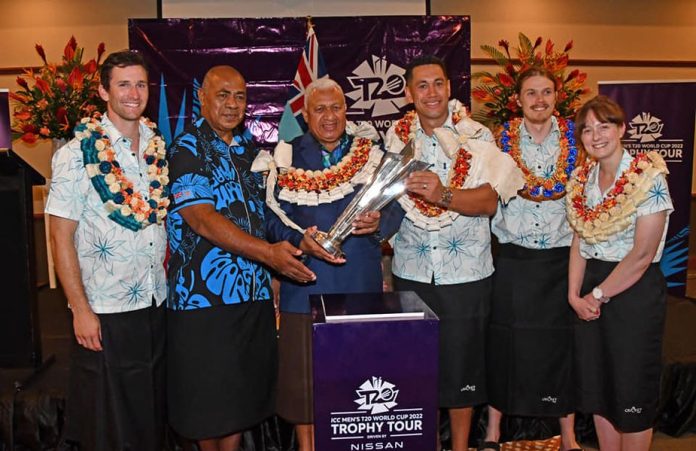 In his address, the head of Government stated that since the first cricket game in Fiji in 1878 (six years before the first rugby game was played), cricket has inspired and united Fijians.

The Fijian Government is also committed to investing in sports and nurturing of Fijian talents.

“You don’t have to look far to find passion for the game of cricket in Fiji. In total, we’ve allocated $9.9 million this financial year to support sports development as part of Fiji’s economic recovery –– cricket included. For Fiji is a sporting nation and the more talent we tap the better, for our athletes and their families and the Fijian economy,” PM Bainimarama said.

According to the Prime Minister, Fiji cricket is in safe hands.

“With Fiji now fully open for business, tourism, and sport, the “Cricket for Good, Fiji” program, in partnership with Child-Fund Sport for Development, is developing the next generation of cricket coaches –– not only by passing on skills for the game but also knowledge that serves them throughout all aspects of life’’.

ICC Ambassador and former Black Caps captain Ross Taylor says Fiji has a chance to feature at the T20 World Cup next year.

“I think Fiji has a big opportunity, they’re only game away from probably playing in the biggest tournament in the world and what a story that’ll be’’.

PM Bainimarama wished the men’s national cricket team well in their participation at the East Asia Pacific World Cup Qualifier in Vanuatu from next week and the Fijian women’s side’s preparation for the inaugural Pacific Cup in October in Vanuatu.