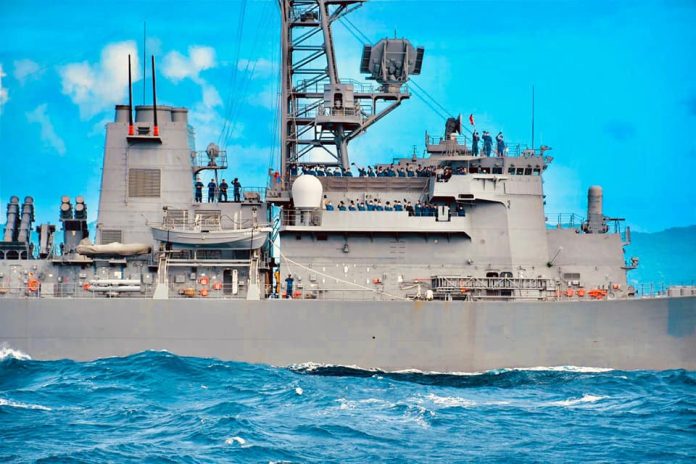 Japan’s Maritime Self-Defence Force (MSDF) said it has conducted its first joint drill with the Tongan navy, as concerns grow over China’s increasing military clout in the South Pacific.

The MSDF said its destroyer the Kirisame engaged in communication training and positioning exercises on Saturday and Monday in waters near the Tongan capital of Nuku’alofa, along with Tongan patrol ship the Ngahau Siliva, in a bid to improve the MSDF’s tactical skills and enhance understanding with the Tongan navy.

The joint drill with the Pacific island nation came after then Japanese Defence Minister Nobuo Kishi agreed with Tongan Prime Minister Hu’akavameiliku Siaosi Sovaleni, who doubles as defence minister, in a teleconference late last month to boost security cooperation and exchanges between their nations.

Following a massive undersea volcanic eruption near Tonga in January and subsequent tsunami and ash fall, Japan’s Self-Defence Forces carried out aid missions to Tonga’s islands, including delivering supplies such as drinking water and equipment to aid the clean-up.

Together with the United States, Japan has been promoting the vision of a “free and open” Indo-Pacific, putting efforts into pushing back against China’s maritime assertiveness in the region.

Early this month, the MSDF also conducted its first joint drill with the maritime police of the Solomon Islands, which effectively functions as its navy.

The Solomon Islands, which switched diplomatic ties from Taiwan to China in 2019, signed a security deal with Beijing in April this year, reportedly allowing the deployment of Chinese police and military in the South Pacific nation.

Pacific nations send a message on Ukraine – and great power...