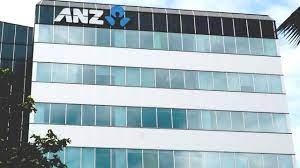 Liquidity in Fiji’s banking system shattered the F$2.5 billion (US$1.25 billion) mark at the end of July, notching another historic high and maintaining a trend that began in January this year.

And the word from a major bank is that it is likely to stay this way for the rest of the year before easing by next year, pushing interest rates back up and reining inflation in.

“Liquidity will ease in line with strengthening domestic demand and a rebound in international tourism. Fiji is a net importer of goods and services. As the deficit in Fiji’s trading balance with the rest of world returns to pre-pandemic levels, foreign reserves and liquidity will edge lower,” ANZ International economist, Dr Kishti Sen said in an interview with Islands Business.

“We should start seeing liquidity fall from early next year when the shock of lost demand through the pandemic is fully absorbed. Once domestic demand in back in full swing, interest rates should start heading back up again from the middle of next year to keep underlying inflation in check and sustain the buffer of foreign reserves.

Cash has been building up in the banking system since Covid and in January this year, reached F$2bn (US$1 billion) for the first time in history, prompting the Reserve Bank of Fiji to refer to that month’s liquidity of F$2.09billion (US$1.04 billion) as “an all time high”.

Sen explained how it all tied in to activities in Fiji’s foreign exchange reserves:

“One of the key factors is the level of foreign cash reserves, which are determined by Fiji’s trading transactions and capital flows with the rest of the world. At the height of the pandemic, Fiji’s imports fell significantly. Very weak domestic demand (sum of all expenditures by households, businesses and government) and zero tourists meant less of a need for imports. This, combined with a dramatic fall in oil prices in 2020, resulted in a narrowing of Fiji’s negative trade balance with the rest of the world, even though tourism froze completely. This is quite a remarkable result! At the same time, the deficit in the trade balance was more than offset by flows associated with overseas budget support loans. This resulted in a surplus of foreign currency which bolstered the nation’s foreign reserves. As foreign reserves went up, so did the banking system liquidity – there is a close correlation between banking system liquidity and the level of foreign reserves. Various government programs to help small and medium businesses stay afloat at the height of the pandemic also pumped liquidity into the banking system,” said Sen.

For banks, who already were operating in a competitive, low interest rate environment before Covid, the high liquidity is putting pressure on them to cut rates further.

“Interest rates are coming down and they’re bottoming out, I’d like to think so,” said ANZ Fiji Country Head Rabih Yazbek in a post-Budget forum organised by RBF in July. The flip side is if you’re going to keep reducing interest rates on your loans, if you want to do it on your liability side – your deposits – then for us now it would mean we’re having to go into negative rates.”

The lack of a published benchmark rate in the Fiji market, he added, also made it difficult for clients to get their bearing on prevailing interest rates, especially in high liquidity environment where they expect interest on their borrowings to drop.

Said Sen: “Published benchmark rates are the domain of more mature money markets, so for now, this may not be the most burning issue for Fiji’s banking sector to address. Nonetheless, we hear from our bankers that this is a pain-point.

In more developed overseas markets, borrowers see a loan priced at a published base rate such as LIBOR or BBSW (bank bill swap rate) + margin. These reflect central bank policy rate + borrower risk. The total rate fluctuates as the base rate moves up and down, in line with the monetary policy stance of the central bank (i.e. the policy rate).

In Fiji and across the Pacific, borrowers generally get an all-in rate which is fixed.

Here in the Pacific, money markets are still developing and volumes are low. Corporate/commercial borrowers in the Pacific don’t have the same visibility of the components of their loan interest rate that their counterparts in developed economies do.

So, bankers tell us they have to spend a lot of time having pricing discussions with customers.

Over time, as Fiji’s money and funding markets grow, I think we will see a stronger connection between central bank policy changes, liquidity shifts and lending rates.”

For the next few months however, high liquidity is expected to remain the order of the day.

“I believe the liquidity levels are appropriate for now. It is keeping interest rates low, which is supporting Fiji’s economic revival. I think the central bank feels the same way, so it is not seeking to reduce liquidity through interventions. It is leaving it to the market to find its own equilibrium,” said Sen.

“Fiji is a very competitive market for both retail and business customers – there are six commercial banks servicing a population of less than a million. Commercial banks have adjusted to the record levels of liquidity by cutting lending rates across several products. A downward trend in bank margins reinforces the strong level of banking competition in Fiji,” he said.