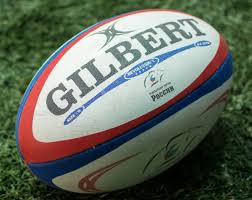 With no other major sporting event earmarked for the Nation’s Capital for this year, the refurbished Sir Hubert Murray Stadium, the home of the PNG Rugby Union looks set to offer a fantastic alternative in partnership with Oceania Rugby to stage a double dose of international rugby with the Oceania Men’s and Women’s Sevens and the Oceania Men’s 15s Championships set for October and November.

For the sevens in particular, World Rugby core countries like Fiji, New Zealand, Australia and Samoa that recently competed at the Commonwealth Games in Birmingham are amongst a strong contingent that will be heading to Port Moresby to showcase the modern game from 18 – 20 November..

While earlier, from 22-30 October the men’s 15s championships will see our PNG Pukpuks look to reassert themselves as the top tier three nation amongst the likes of the Solomon Islands, Niue, Nauru and Cook Islands to name a few in an exciting week of top flight rugby.

With PNG being handed these major events, Oceania Rugby interim general manager and competition manager Wayne Schuster is in Port Moresby to revisit preliminary discussions for a partnership sponsorship from 2020 with the PNGRU, key stakeholders and potential sponsors from both the National Government and corporate sector alike to ensure the nuts and bolts are in place to stage both blue ribbon events and further place that stake deeper on the Oceania Rugby calendar for these countries to make this world class event, an annual event at the Sir Hubert Murray Stadium.

Schuster said their (Oceania Rugby) vision from two years ago has never deflected on how they see Port Moresby as a venue of high potential to feature world class events.

“You only have to see this world class facility, the Sir Hubert Murray Stadium to know that Port Moresby is a serious player going forward with Oceania Rugby’s aspirations,” Schuster added.

He further confirmed that Oceania Rugby has a 10 year target plan towards the Brisbane Olympic Games in 2032, and securing Port Moresby and its world class facility is amongst those targeted plans to extend the depth of qualifying teams from this region which is paramount.

“Our region in recent times has also attracted the interest of other countries from South Africa, Spain,
the USA and from Asia, because of the caliber and high standard of the game set by our core countries like Fiji, Samoa, Australia and New Zealand.

“With the direct flights from Singapore and Hong Kong to Port Moresby…the hype could open the door for more opportunities in the pipeline.” Schuster added.

He further said that Oceania Rugby are confident of establishing this potential extended relationship as part of their footprint development pathway for the region and more importantly for the status of PNG.

“COVID is done…it’s our time now to make up for lost time,” added Schuster.

“As rugby is a global game, I am confident our discussions will attract interested partners on the home-front that want to align themselves with the PNGRU and Oceania Rugby as we plan and prepare to bring the world to our city of Port Moresby,” added Siwi.

He further took the opportunity to commend the PNG men’s and women’s sevens teams for their performances at the World Challenger Series in Santiago, Chile on the weekend.

Siwi confirmed that with the Oceania Sevens set for November in Port Moresby, the PNGRU has penned in several leadup tournaments over the next two months and have targeted Singapore, Darwin and Brisbane at this stage.

“The story or rugby does not end with one score…give us a few more before you judge us,” added Siwi.