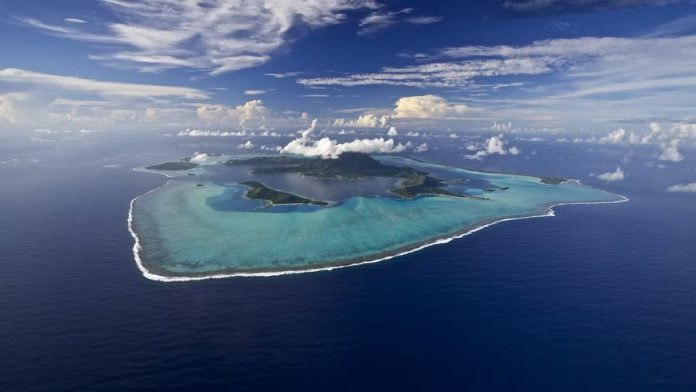 As negotiations on the United Nation’s Biodiversity Beyond National Jurisdiction (BBJN) Treaty nears conclusion, experts say the needs and interests of Pacific Island countries, who are custodians of 20 percent of the world’s exclusive economic zone, must be considered.

The treaty aims to address issues on marine genetic resources and questions on access and benefit sharing, environmental impact assessments, measures such as area-based management tools and marine protected areas, capacity building and transfer of marine technology, climate change and ocean resilience, and regulating marine activity on the high seas by curbing overfishing, mining, polluting, and other actions that threaten biodiversity and accelerate climate change.

Solomon Islander and ocean scientist, Dr Katy Soapi, a founding and board member of the Tetepare Descendants’ Association, which is dedicated to conserving the largest uninhabited island in the Southern Hemisphere, asks- would the Pacific be able to implement such a treaty?

“What kind of capacity should we require to participate? This should not only be about the science capacity, but it should also be about the legal capacity, the institutional capacity, the support towards all of that so we can implement this,” Dr Soapi said. “There’s no point in signing up to a treaty if we can’t even start to implement it, because we just don’t have the capacity and the resources to do this.”

Dr Soapi spoke at a webinar organised last Tuesday by the Pacific Network on Globalisation, Development Alternatives with Women for a New Era (DAWN), and WWF Pacific, which also featured Tekau Frere, Advisor at the Office of Pacific Ocean Commissioner (OPOC), Chee Yoke Ling, Executive Director of Third World Network and Anita Gurumurthy, a founding member and executive director of IT for Change.

One of the issues highlighted by Dr Soapi is the low ocean science capacity in the region- apart from the non-participation of Pacific Islanders in global reports such as the Ocean Science Assessment Report, the region doesn’t have research vessels for high seas with Fiji being the only country that has a hydrographic survey vessel.

“And sometimes, when we don’t have the capacity, we don’t get involved in the whole chain of data analysis. I think as part of this, it would be really good if we are able to build capacity and track the challenges and be able to also manage our ocean resources for ourselves, not only for ourselves, but for the common good of the planet because it seems like most of what we are doing in the Pacific is helping to conserve ocean resources, while those outside of us are more exploiting resources beyond, you know, sustainable ways.”

The Pacific, home to about 12 million people in 22 island countries is 98 percent ocean covering about 28 million square kilometers and only two percent land.

But while we have marked our EEZs, out there in the high seas as we know, ocean and marine organisms don’t have boundaries. With only four percent of global research on ocean science, there is little known about the ocean floor and there is a big data gap on marine genetic resources or digital sequence information, which are of value either ecologically, economically or culturally.

The demand for digital sequence information in the world is huge for agribusiness, military research and especially pharmaceuticals- one of the COVID-19 vaccines was supposedly created overnight using a SARS-CoV-2 virus sequence.

Digital sequence information is included in the BBNJ treaty, however, there is no mention of fair and equitable sharing, contradicting the Convention on Biological Diversity’s Nagoya Protocol.

“I look at the preamble of the draft BBNJ- there is conservation, the sustainable use, but there is no mention on fair and equitable benefit sharing,” Ling, a lawyer by profession and board member of the International Women’s Rights Action Watch Asia-Pacific (IWRAW-Asia Pacific) and Sahabat Alam Malaysia (Friends of the Earth, Malaysia) said. “If you don’t have the same equitable framework for the marine resources outside of national jurisdiction, that will be a one-way traffic of extraction, and there will be common heritage of mankind for the purposes of accessing those resources and information but no reciprocal sharing across especially with those in the Pacific Islands,” Ling says.

Gurumurthy, who serves as an advisor in the United Nations Secretary-General’s 10-Member Group in support of the Technology Facilitation Mechanism, says that if we are to create international and national stewardship rules for community-based management of resources, then we really must think about rules of not just inclusion, but also the rules of exclusion.

“What cannot be done when you create an open-source network community is very, very important so that if we have created something for fish or people for small farmers, and those working within agricultural systems managed outside of the capitalist system, we need a system to distribute collective agency and collective benefits,” she says. “It’s not a material governance challenge. You’re not really confronted with the question of how do you govern the oceans? How do you govern pathogens? How do you govern biological or biomimetic resources? What you’re confronted with is how do you govern the information about these resources? So, we have to do a mental shift here.”

Gurumurthy believes there should be a “nested approach” on the use of big data by having multilateral rules for data collection and sharing and we should even consider global data constitutionalism where certain uses of data (for example in war) are outlawed. Furthermore, she adds, there should be national data laws that manage data as a resource that would govern what big pharmaceutical labs cannot do in countries, for example.

“So, in all our public private partnerships, we should actually have ways by which data public goods or digital public infrastructure that is coming to us through these private partnerships are not creating new dependencies. We don’t want to be dependent. We want to be autonomous, as countries, as communities,” she adds.

Negotiations on the BBNJ Treaty also known as the Treaty of the High Seas resumed in March this year after a long pause because of the COVID-19 pandemic. A final agreement is expected in the fifth session of the Intergovernmental Conference from 15-26 August.

That agreement should heed the concerns of the Pacific, as Dr Soapi rightly says: “The ocean influences every aspect of our life. It is central to our culture, and now and it also sustains our livelihood and our proximity to unexplored ocean areas, including these deep-sea areas that are within and beyond national jurisdiction and the highly diverse marine ecosystems. Whatever happens in the deep ocean will impact us? And so, our interest in this area is that we want to protect our neighbourhood.” .