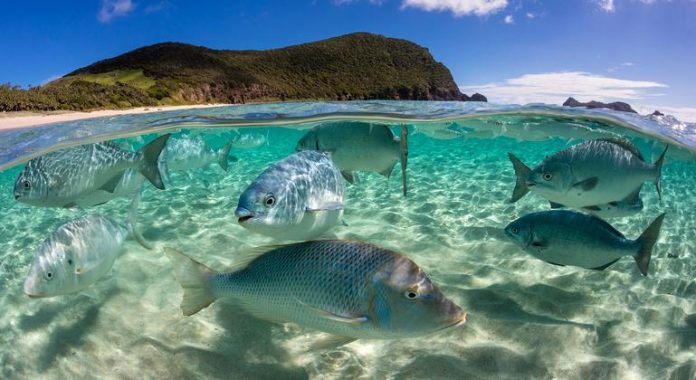 The intergovernmental conference to draft the first-ever treaty on the ocean’s biological diversity opened its fifth and likely final session on Monday.

Amidst calls for flexibility, openness and the spirit of compromise that prevailed in 1982, when the landmark “constitution for the oceans” was adopted, the new treaty aims to codify international law around territorial waters, sea lanes and marine resources.

The session, which runs until 26 August, was convened following a decision taken by the General Assembly in March and is expected to be the final in a series set in motion since 2018 to draft an international legally binding instrument under the 1982 UN Convention on the Law of the Sea on the conservation and sustainable use of marine biological diversity of areas beyond national jurisdiction(BBNJ).

“I am hopeful that we can make real progress in these two weeks, with the aim of finalizing the agreement as soon as possible,” said Intergovernmental Conference President Rena Lee, rallying delegates to roll up their sleeves as they delve into the technical and legal details.

Recalling that the four previous sessions were mandated by resolution 72/249, of 24 December 2017, she said that negotiations are to address marine genetic resources, including questions on benefit-sharing, measures such as area-based management tools, environmental impact assessments, capacity-building and the transfer of marine technology.

Having studied all proposals made since the fourth session, she prepared a further revised draft of an agreement.

Lee said that delegates were also asked to submit textual proposals for the fifth session, noting that an article-by-article compilation was issued in early August.

Informal background documents that were provided to delegations included two that had been requested on resource requirements, should the UN Division for Ocean Affairs and the Law of the Sea be designated as Secretariat under the agreement, and another on global ocean financing.

Noting calls for the conclusion of the Intergovernmental Conference this year, she urged Member States to “squeeze our creative juices to find solutions that can garner consensus” and to exercise utmost flexibility to find the consensus needed.

“Let us strive to deliver on an agreement that will be fair, balanced, implementable and which will attract universal participation,” she said. “Let us not let the perfect be the enemy of good”.

UN Legal Counsel Miguel de Serpa Soares – who also heads the Organisation’s Legal Affairs department and serves as Secretary-General of the Intergovernmental Conference – welcomed delegates to the “critical” fifth session taking place on the heels of the Ocean Conference in Lisbon, Portugal.

During the summit – held from 27 June to 01 July – stakeholders aimed to reverse the deteriorating health, resilience and productivity of the ocean and its resources.

The senior UN official expressed hope that the hundreds of commitments made in Lisbon will quickly translate into action, including the many calls for the Intergovernmental Conference to promptly conclude its work.

“What better way to signal our determination to act, than finalising a robust agreement that ensures the conservation and sustainable use of marine biological diversity in the largest spaces of the ocean,” he asked.

At this critical stage, the UN Legal Counsel upheld that it is time to show the true spirit of multilateral cooperation.

He expressed hope that delegates will exercise even greater flexibility to ensure the ocean “gets what it urgently needs” and not let marine biodiversity collapse on their watch.

In closing, Soares also expressed his wish to welcome a new agreement into “the law of the sea family” later this year, when the world celebrates the fortieth anniversary of the Law of the Sea Convention.