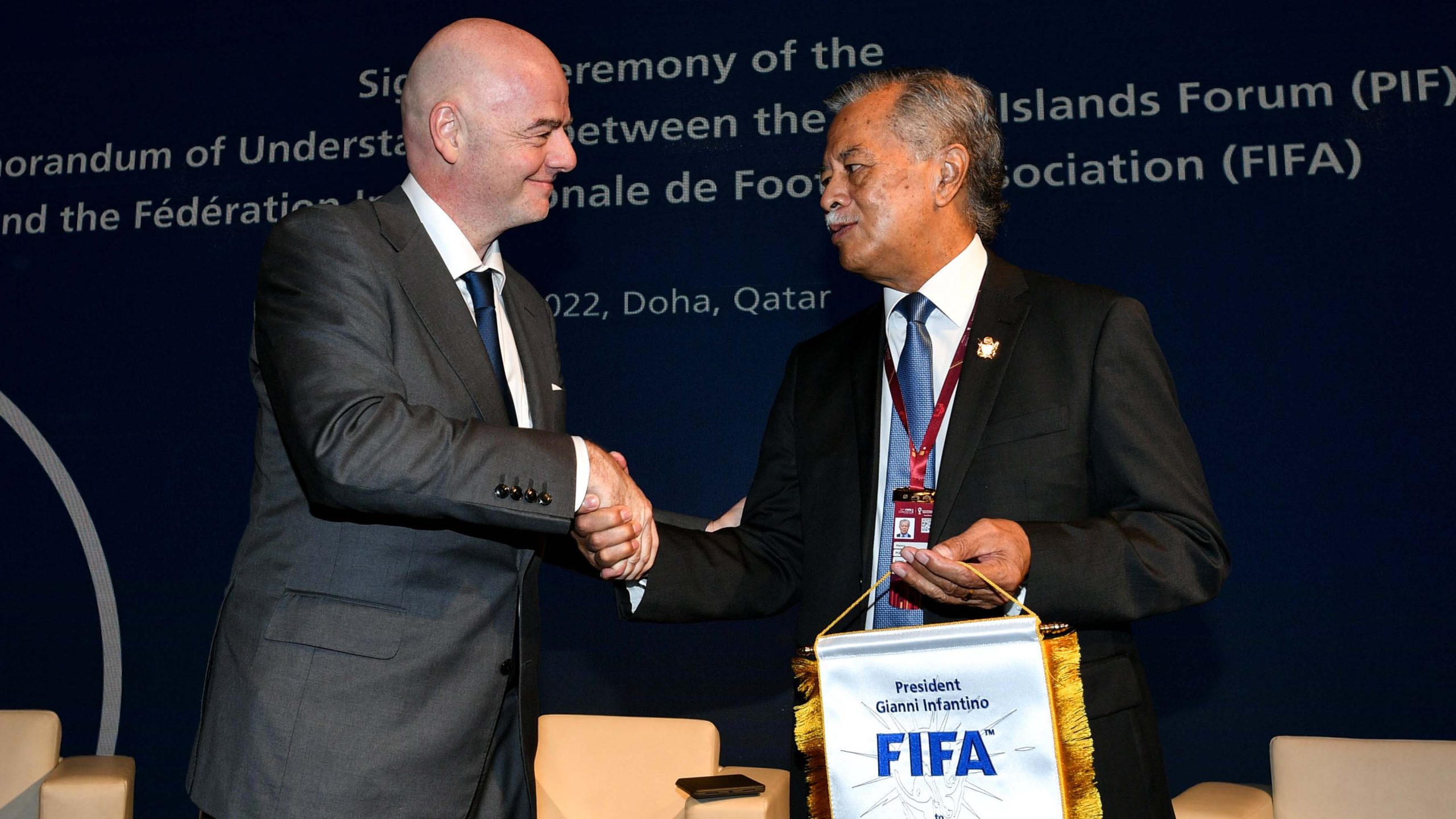 The Pacific Islands Forum Secretariat (PIFS) and FIFA have jointly launched a 12-month plan to implement the climate change partnership they signed in April and turn commitment into concrete climate action.

Key activities will include employing FIFA Legends to raise climate change awareness and adapting existing infrastructure in one of the world’s most vulnerable regions to make it more climate proof.

FIFA President Gianni Infantino and the PIF Secretary General Henry Puna signed a two-year Memorandum of Understanding (MOU) to combat climate change during the FIFA Congress in Doha, Qatar, in April. The MOU focuses on using football diplomacy to educate and raise awareness on climate change and disaster resilience. It also aims to enhance climate-proofed infrastructure, focus on climate resilient football development and mobilise finance for resilience building in the region, including support for the Pacific Resilience Facility fund.

According to Secretary General Puna, the implementation plan is a demonstration to the people and communities in the Pacific that both FIFA and PIFS are serious about addressing the climate emergency facing the region and building the resilience of vulnerable communities.

“The Pacific region recognises that 2022 is a defining year for urgent and strong climate action – where pledges and commitments need to be translated into action,” SG Puna said. “This is the key message that the Pacific will take to the international community leading up to COP 27 in Sharm El-Sheikh, Egypt in November. COP 27 must deliver on implementation.”

“In their meeting in July, Pacific Islands Forum Foreign Ministers supported new ways of elevating regional climate change priorities to the international community, including through sports diplomacy such as the recent MOU on Climate Change with FIFA,” he added. “This marks the entire region’s recognition and support for the MOU as an innovative approach to climate advocacy, leveraging on the global influence of football.”

Gianni Infantino said: “Football is certainly not immune to climate change and is affected at all levels, from grassroots and amateur to elite, with the Oceania region facing a particularly high risk of climate and disaster impacts.”

“At FIFA, we also have a duty to wider society: helping to draw attention to climate change and taking action against it in one of the world’s most vulnerable regions, is one of the best ways we can use football’s power and popularity to have a positive impact.”

– Joint communications and advocacy plan leading up to COP 27 and the 2023 FIFA Women’s World Cup in Australia and New Zealand;

– Support climate proofing and retrofitting of football infrastructure in the Pacific;

– Exploring collaboration with the Pacific Resilience Facility within the framework of the FIFA Climate Strategy.