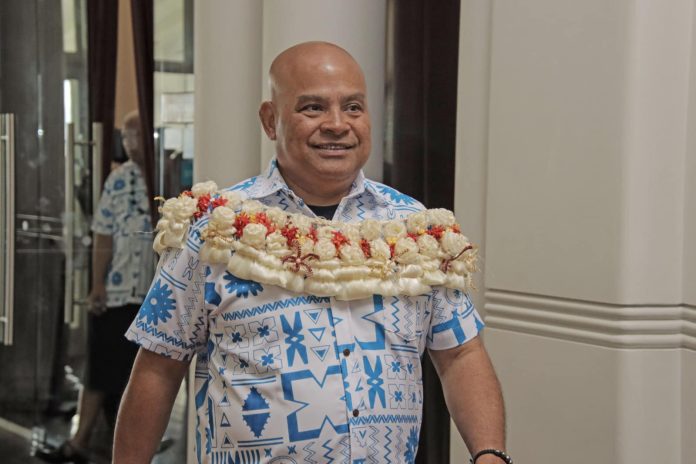 Seeking to referee between the world’s superpowers, the Federated States of Micronesia has called on the United States and China to tone down their mutual “bullying” that causes burgeoning anxiety in the Pacific islands region.

“As the two superpowers in the world, the U.S and China set the tone and cadence for global conversations on peace; if there is no peace between these two powers, then there won’t be peace anywhere at all,” FSM President David Panuelo said.

“There can be no solution to common problems unless China and the U.S choose to cooperate with one another on issues of global importance,” he added.

China’s Ministry of Foreign Affairs protested Pelosi’s visit to Taiwan, saying it “is a serious violation of the One-China” policy and “sends a seriously wrong signal to the separatist forces for ‘Taiwan independence.”

“It is the FSM government’s observation that the U.S, which ‘acknowledges that all Chinese on either side of the Taiwan Strait maintain there is but one China and that Taiwan is part of China,’ would be unwilling to accommodate what it interprets as aggressive behavior, and so the visit occurred without delay or hindrance,” Panuelo said.

The FSM’s relations with the U.S and China involve a balancing act that stands on its “friend to all, enemy to none” foreign policy.

While freely associated with the U.S by virtue of the Compact of Free Association, the FSM proclaims its “great friendship” with China.

“It is not the intention of the FSM government to publicly and explicitly condemn, or condone, any particular behavior by China or the U.S in regard to this specific issue, or to draw comparisons between either country’s actions or inaction, on the premise that the FSM believes that doing so is more likely to promote violence than to promote peace,” Panuelo said.

“The FSM government believes that it is plausible that both China and the U.S see themselves as being the responsible party that is ‘in the right,’ with the other party as irresponsible and ‘in the wrong,’ and that both countries would have prepared extensive justifications and rationalisations to support their perspective,” the FSM president said.

Panuelo appealed to the U.S and China to prevent any more saber-rattling that adds to the world’s conflicts.

If the growing tension results in conflict, Panuelo said, “it doesn’t matter who is at fault, who started it, who is a bully, who and what is wrong, and who and what is right, said President Panuelo.