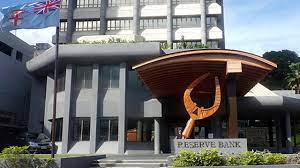 Looming elections usually see incumbent governments loosen constraints in an attempt to accelerate spending on previous and new promises. However, Fiji’s 2022-23 National Budget shows restraint in public sector spending,even though an election is due to be called within the next six months. It is also less aggressive on new revenue initiatives with modest changes to government subsidies, tax concessions, tax rates and superannuation settings.

After maintaining government spending through the worst of the pandemic,even though revenue collapsed by nearly 50%, the formation of next year’s budget appears to be driven largely by the principle of budget repair.

Fiji’s approach to fiscal policy over the last two years was to maintain expenditure despite a collapse in revenue and undertake new spending on unemployment and social security payments– a significant easing in fiscal policy. This was the right approach because a sharp cut to spending at the height of the pandemic would have added to the severity of the downturn.

Going forward, the fiscal position will switch to consolidation, as an upswing in economic activity boosts taxation revenue and government spending shrinks as the economy requires less support.

The Budget highlights that some discretionary measures may add to that fiscal tightening as the government seeks to limit the public sector wage bill by containing wages and public sector employment. This will be countered somewhat by an ‘inflation mitigation’ household assistance package.
Costs are on the move across the world.

To soften the blow from higher consumer price inflation, the Budget provides a FJD60m (US$30 million) household compensation package. This includes a means-tested cash payment of FJD180 per child over the next six months.

Pensioners and tertiary students also get a one-off FJD180 payment. In addition, the tax cuts announced in the revised 2021 -22 budget and due to expire on 31 July 2022 will be kept through to the end of the calendar year 2022 at least.
So consumers will be spared from the Value-Added Tax (VAT) on several everyday items and the 20c fuel tax for the rest of this year and possibly beyond .
These measures will help.

However, given that changes in the cost of living for households are likely to accelerate, the Budget may have considered some expenditure savings to offset more of the future inflationary pressures, particularly for the most vulnerable households. Low-income groups spend more of their income on essential items such as food and petrol,and the prices for these goods have increased at a much faster rate than the weighted average CPI. A larger assistance package would support consumer demand and reduce the need for job cuts in industries that could be facing less demand.

Smaller deficits and switch in growth drivers, but economy improving

After implementing back-back stimulus packages,government spending in real terms has probably peaked and will start an orderly decline over the medium-term as the government pauses or cuts back recurrent expenditure.

One-off cash handouts such as those under the ‘inflation mitigation package’ are not the problem. It is the ‘locked -in’ expenditure plans that will be harder to reverse. Hence finding the right capital and recurrent expenditure mix as well as appropriate savings measures to return the Budget to a stronger position (ie smaller deficits or even a surplus by the end of this decade) will be an important future fiscal policy challenge.

Nonetheless, declining expenditure in real terms over the next fiscal year will reverse all of the positive contribution to GDP growth at the height of the pandemic.

However, the withdrawal in stimulus demand will be swamped by the positive contribution to GDP from net tourism exports Tourism recovery has taken root and will build momentum into a strong upswing from here.

A smaller deficit is unlikely to significantly change the course of Fiji’s economy.
Our view is that the economy will absorb the shock of lost international tourism output through 2020 and 2021 in the near term, putting Fiji on a path to an historical economic revival.