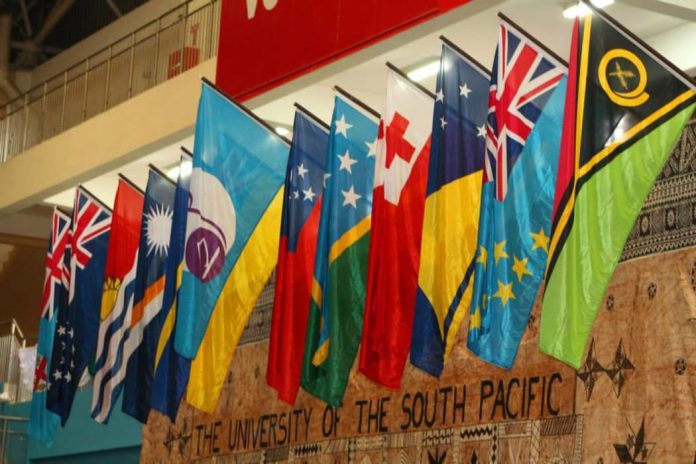 A Fijian political leader is calling out the Australian and New Zealand governments on their “deafening silence” on human rights issues in the region.

The leader of the opposition National Federation Party in Fiji, Biman Prasad, has called out the two countries for not acknowledging what he described as ‘the declining standards of democracy, governance, human rights, media freedom and freedom of speech issues in some Pacific countries.

Prasad said the recent 2022 Pacific Islands Leaders’ Forum ended with prime minister Anthony Albanese and Jacinda Ardern refusing to speak up on the decline in the standards of democracy.

“What concerns me is that the Pacific Forum is an important leaders’ meeting and both Australia and New Zealand are members,” Professor Prasad told RNZ Pacific.

“One would have expected, even to the dislike of some within the Forum, at least some mention of how the Pacific Forum is going to deal with declining standards of democracy, good governance, human rights, media freedom and freedom of speech,” he said.

“[But] no word from leaders, particularly Australia and New Zealand, was a bit concerning.”

The Forum leaders’ meeting, he said, failed to address glaring issues, such as, the Fiji government’s spat with the head of the regionally-owned University of the South Pacific, questionable governance practices and attacks on free speech in Solomon Islands, a judiciary under siege in Kiribati, ongoing human rights abuses in West Papua, and the deterioration of decolonisation arrangements in New Caledonia.

According to Prasad, Albanese and Ardern refused to discuss these in Suva because they feared it would push Pacific nations “further into the arms of China”.

Such a stance gives credibility to the claim that “Australia and New Zealand are preoccupied with their own strategic interests first, before the interests of Pacific Island countries,” he wrote in a Development Policy Center blog last week.

“I can speak about Fiji more specifically. As leader of opposition political party in parliament, I experienced first-hand the bullying, the intimidation by this government and the declining standards of democracy, of transparency and accountability,” he said.

“Fiji continues to behave in the guise of championing climate change around the world that everything is hunky dory in Fiji, it is not and that is why the Forum is important.”

He said “appeasing autocratic leaders” to keep Beijing at bay was unacceptable and the sooner Canberra and Wellington realised appeasement was not the best strategy, the better it would be for the region.

RNZ Pacific contacted both the Australian and New Zealand governments for comment.

New Zealand’s Ministry of Foreign Affairs and Trade said it had no comment to make on Prasad’s blog.

While a spokesperson for Department of Foreign Affairs and Trade said Australia had a long-standing history of supporting work to strengthen regional action in support of human rights.

“Our focus was on the contributions we can make as a member of the Pacific family, rather than what others may be doing,” it said.

“Australia will talk to partner governments directly where we have concerns about democracy, transparency and the rule of law.”

Australia will be contributing up to AUD$7.7 million (US$5.3 million] over the next four-and-a-half years to support the Pacific Community in implementing the Human Rights and Social Development Division Business Plan to strengthen human rights in the region.