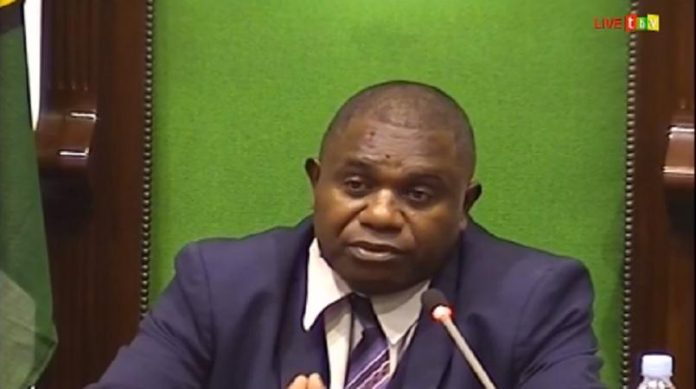 The Acting President of Vanuatu and Speaker of Parliament, Seoule Simeon, is appealing to church leaders and all citizens of Vanuatu to pray for God to choose the right person to become the new President today.

Simeon made the appeal during the presentation of medals in recognition for long service and 40th Independence Anniversary to 27 people at the Parliament House.

He said the process to elect the new President of the Republic starts today and the members of the Electoral College need prayers in order for God to guide them to choose the right leader.

The Acting President’s appeal comes as members of the Electoral College convene to elect the new Head of State this morning.

The presentation of medals Wednesday is likely the last official ceremony performed by Simeon during the two weeks as acting President, after Pastor Obed Moses Tallis’ term ended on 6th of July 2022.

Today, the Electoral College will elect the new Head of State among 13 applicants. There are two female candidates. Six candidates are from Santo, among the six is a former Prime Minister, Serge Vohor and a former Minister of Finance, Sela Molisa. Former Head of State, Pastor Tallis is also one the 13 contestants.

Daily Post was reliably informed that the Government caucus met Wednesday and came to a consensus to support one candidate — Vanuatu’s High Commissioner to Fiji, Nikenike Vurobaravu.

The Electoral College is composed of the 52 Members of Parliament and the Presidents of the six provincial governments.

The election of the President is presided by Chief Justice Vincent Lunabek.

What’s the future of the regional peacekeeping response in Solomon Islands?

Election will go ahead: PNG PM