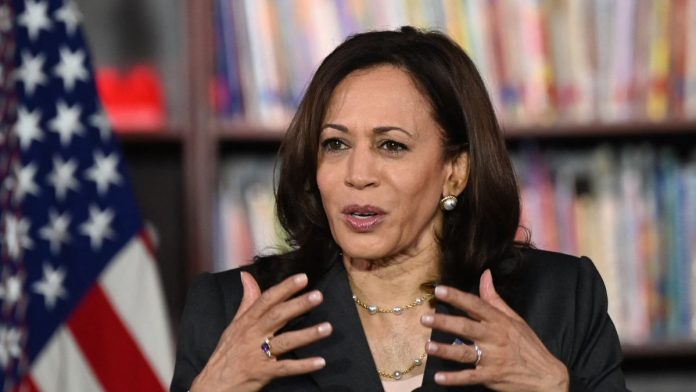 The U.S has announced a major step-up in its engagement with the Pacific region, including the establishment of new embassies in Kiribati and Tonga, in moves that will be seen as attempts to counter China’s growing influence in the region.

The U.S vice-president, Kamala Harris, made the announcement on Tuesday, as Pacific leaders gathered in Suva, Fiji for the Pacific Islands Forum, the most significant regional meeting.

Harris will be attending the Pacific Islands Forum leaders meeting virtually to speak to leaders at the invitation of the forum chair and Fijian prime minister, Frank Bainimarama, in what is being seen as a coup for the US and a blow to China, which is not believed to have been accorded a similar privilege.

During the address, Harris will announce a suite of measures designed to re-establish the U.S as a significant partner in the region after decades of waning influence.

The measures include the appointment of a special presidential envoy to the Pacific Islands Forum, and tripling the amount of money requested from Congress for economic development and ocean resilience, up to US$60m a year for 10 years, as well as a return of Peace Corps volunteers to Fiji, Tonga, Samoa and Vanuatu.

Australia’s foreign minister, Penny Wong, in Suva ahead of the arrival of the prime minister, Anthony Albanese, on Wednesday, said the U.S invitation was “a matter for the Forum and the chair”, and she was not aware of Chinese requests for similar involvement.

“Fiji sets the agenda. Fiji and the secretary general look at how the Forum is to be run,” she said.

The New Zealand prime minister, Jacinda Ardern, welcomed the .US engagement, before adding the backhander suggestion it was about time.

“They weren’t as present as they perhaps have been in the past,” Ardern said from Nasinu, near Suva, on Tuesday.

“At the behest of many in the region, [the U.S] is now seeking to re-engage again, to step back up to the expectations that already exist in the region.

“There’s been a call for more engagement and you see the response to that.”

Dr Anna Powles, a senior lecturer in geopolitics and security studies at Massey University in New Zealand, said the announcement contained a number of “firsts”, such as the first US envoy to the Pacific Islands Forum and the first US national strategy on the Pacific Islands, and was an attempt by Washington to position itself as the Pacific’s partner of choice.

However, she said these moves were also Washington acknowledging that its engagement in the Pacific had been inconsistent, ad hoc and not very impactful over the last few decades.

“U.S efforts to reset its relationships with the Pacific are driven by the recognition that it has been absent from a region it has deep ties with through the freely associated states, and deep interests in such as fisheries, as well as strategic concerns about the role and influence of China in the Pacific.”

Powles said the fact that Harris had secured a slot to speak to leaders this week was “highly significant”, but there were dangers for the Pacific in being at the heart of geopolitical competition between superpowers.

“Pacific leaders are extremely capable of leveraging the strategic anxieties of external actors to secure opportunities and support, however, there is valid concern that strategic competition disrupts and undermines regionalism and regional unity, whether that be due to the increased tempo of partners and projects, poor or zero coordination, or the failure to align with Pacific priorities,” she said.