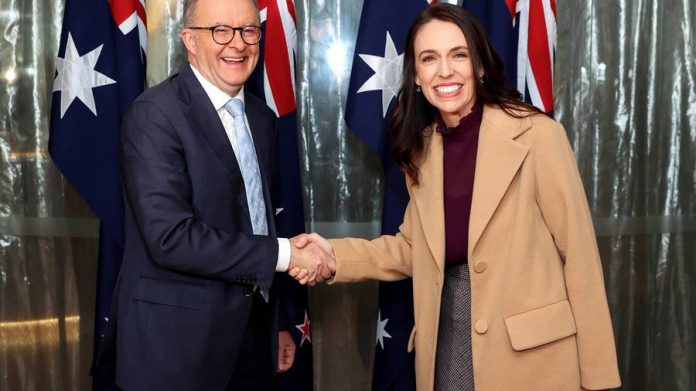 The invitation from Australia and New Zealand for Pacific Island nations to be part of a joint bid to host a future UN climate summit is welcomed, but firm commitments are required, including backing the Vanuatu government-led campaign for an ICJ advisory opinion on the human rights impacts of climate change says Greenpeace Australia Pacific.

“By endorsing the campaign for an advisory opinion on the human rights impacts of climate change at the International Court of Justice, countries can help Pacific nations on the frontline of the climate crisis have a greater voice on the international stage, and force governments to consider the human rights impacts of climate inaction and climate policy.

“This is an idea whose time has come. Leaders must now step up to support it, starting here in Suva at the Pacific Islands Forum next week.2

“We welcome Prime Minister Albanese’s pledge to build a stronger Pacific family and to co-host a COP climate summit with Pacific Island nations and New Zealand.

“Australia has an opportunity to give meaning to these pledges and ensure they go beyond words and symbolism by endorsing the Vanuatu government-led campaign for an ICJ advisory opinion on the human rights impacts of climate change.”

“Nations which are on the frontline of the climate crisis – many of which are in the Pacific – are bearing the brunt of cyclones, rising seas, and other extreme weather events. These climate impacts are destroying the human rights of millions of people. Their livelihoods, health, and environments are at serious risk, yet they have little recourse to change their circumstances.

“An ICJ ruling will explore how climate change is affecting the human rights of people and create legal clarity on how to address it, including providing an international legal framework for those experiencing the worst of the climate crisis to affect broad, accelerated change.” .