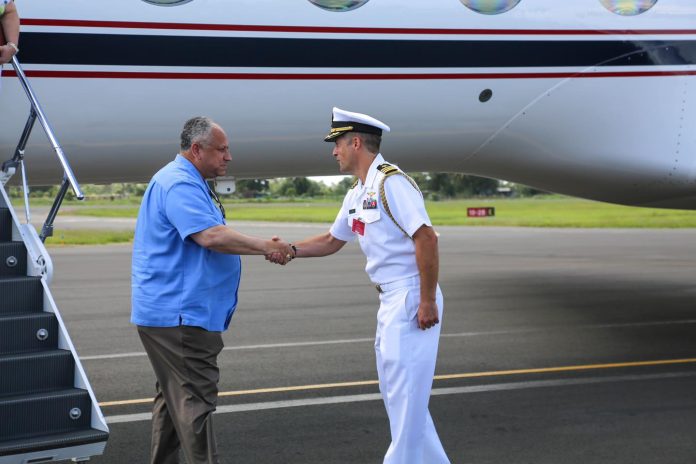 The U.S Navy has pledged to support Pacific island nations, including Fiji, in the battle against climate change.

These priorities form the basis of a comprehensive strategy called “Climate Action 2030,” which Del Toro signed earlier this year.

Secretary Del Toro said the U.S is committed to providing US$20 million worth of technical and financial support for the local 2030 Islands Network—a critical initiative launched by the UN General Assembly in 2020.

“That is why we are helping a multi-lateral effort to build a peer-to-peer island network whose motto is led by islands for islands.”

Del Toro said that the U.S Navy has extensively studied the ocean and claims to have critical data that can be used to draw up climate solutions, which they’re planning to share with USP.

He likened the climate crisis to that of a stricken ship and said that researchers at the University of the South Pacific have the potential to find climate solutions through the support of the U.S.

“We will connect actually the University of the South Pacific with our office of Naval research so that we can actually find ways that we can better work together.”

The U.S is amongst the top ten carbon emitters in the world, but Del Toro came with promises to reduce its greenhouse gas emissions and achieve net zero by 2050.

Sea levels returning to normal in parts of the Pacific