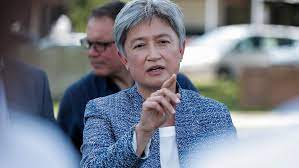 Australia should be more engaged in the Pacific, something the previous government failed to do sufficiently, says Australian Foreign Minister Penny Wong.

Wong was in Wellington today to meet with her New Zealand counterpart, Nanaia Mahuta.

In late April, Wong criticised the Coalition for failing to intervene to stop the Solomon Islands – China deal, saying it was the “worst foreign policy blunder in the Pacific that Australia has seen since the end of World War II.”

She told Morning Report the criticism wasn’t only of that deal, “It was of the government’s failure to engage sufficiently in the Pacific in the way that Australia should have been engaging.”

Australia needed to listen more and do much better than the previous government on climate change, she said.

There were a lot of Pacific policies articulated by the Labor Party during the election and Wong said part of what she was doing in the Pacific was talking to people about these.

“Obviously there was quite a substantial Official Development Assistance (ODA) reduction under the previous government so during the election we outlined a policy for the Pacific, which did a few things, fundamentally it sought to draw on Australia’s proximity, we proposed a Pacific engagement visa, we proposed additional ODAs, we proposed addition Maritime engagement, maritime support of Pacific defence force.

“So a whole range of policy measure which were about making sure Australia worked with the Pacific and Pacific nations … to deepen the partnership.”

Wong was also working on First Nations foreign policy and said it was something she wants to speak to Nanaia Mahuta about.

“Her emphasis on indigenous foreign policy I think is really quite world leading.2

Asked about 501 deportees, Wong said she was familiar the issue was of concern to New Zealand and both Prime Minister Jacinda Ardern and Prime Minister Anthony Albanese had discussions about this.

Australia would be retaining the 501 policy. “But we do recognise concerns have been raised, those deserve consideration.”

“I think that Prime Minister Ardern was very clear about the concerns in the meeting with Prime Minister Albanese and we’ve said we will consider them and we will work through them together in an orderly way.”

“Which I think is a welcome change from the ‘backyard’ language that was used a couple of months ago. It’s about seeing Pacific countries as equals, as the sovereign nations that they most certainly are.

“It was offensive to those countries and I think it’s a sign of progress that New Zealand and Australia are using this ‘family’ language.”

It remained to be seen to what extent this was just rhetoric, he said.

Wong’s trip to New Zealand was her fifth overseas trip since coming into power, Miller said Nanaia Mahuta almost certainly needed to get out more.

“Her last trip overseas was in March to Fiji, you would have expected another one or two by now,” he said .