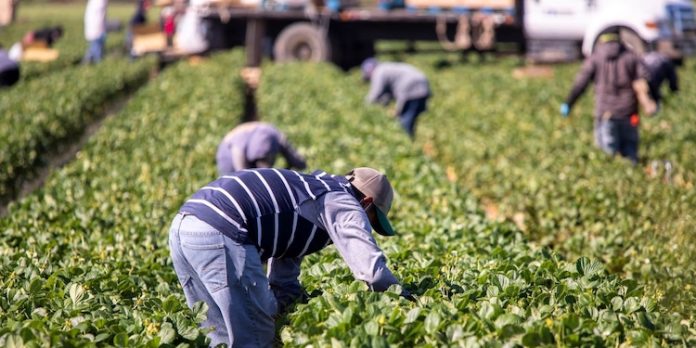 Migration is a potentially adaptive response to climate change. Adaptive migration responses do not involve only permanent movement away from a climate-vulnerable site; temporary migration, when migrants may bring or send back additional funds, new knowledge, upgraded skills and other resources, can help to build resilience among communities in climate-vulnerable areas.

In the Pacific Islands, temporary international labour migration has historically been an important part of many national economies. Australia and New Zealand currently both offer citizens of Pacific Island countries—Samoa, Tonga, Fiji, Kiribati, Tuvalu, Vanuatu, Solomon Islands, Papua New Guinea and Nauru—the opportunity to work in industries such as horticulture and meat processing where local labour is insufficient. This occurs through the Recognised Seasonal Employer (RSE) scheme in New Zealand and the Pacific Australia Labour Mobility (PALM) scheme in Australia.

International labour migration is increasingly listed as a component of overall climate change adaptation and climate mobility policies in migrant-sending Pacific Island countries, particularly the smaller, atoll states such as Tuvalu and Kiribati. Indeed, the Pacific Islands region is currently establishing a Regional Framework on Climate Mobility under which cross border labour migration features as a form of mobility that needs to be facilitated in the context of a changing climate.

However, the labour mobility schemes offered by Australia and New Zealand in which Pacific Island workers participate do not currently recognise the concept of migration-as-adaptation, nor do they position labour migration as potentially delivering climate justice. Indeed, the schemes are framed singularly in terms of economic development. The schemes, as currently configured, have no explicit mechanisms for improving adaptation outcomes in workers’ home country communities.

Climate justice involves recognising that the impacts of climate change will be disproportionately felt by those who have contributed least to the problem. It involves centring in solutions the rights of those disproportionately affected by climate change. Climate justice considerations are of particular importance in the case of international labour migration, we argue, as workers are often crossing the border from climate-vulnerable places into more industrialised countries that have produced greater greenhouse gas emissions and, on this basis, arguably have a responsibility to explicitly advance climate justice via the labour migration programmes offered in their countries.

Interestingly, the issue of climate mainstreaming, or integrating climate change across policy areas, is a key pillar of Australia’s development assistance policy, but the labour mobility programmes have not been climate mainstreamed. The reasons for this are unclear, and warrant further research, but may include a combination of political concerns about linking any Pacific Island migration with climate change, or the complexity and cost of undertaking this mainstreaming.

There is also the question of how international labour migration schemes can harmonise with the climate change adaptation policies of migrant-sending countries, and potentially be strengthened to advance climate adaptation and climate justice. The existence of opportunities for people in climate-vulnerable locations to move for work does not, on its own, advance climate justice for Pacific Island people, for several reasons.

First, while guest workers, and their families and communities back home, generally do benefit economically, these benefits are often accompanied by significant social and emotional risks including poor mental health and family breakdown during their time working abroad. Creating options for spouses and children to accompany workers on long-term contracts is particularly important, as family separation issues are currently causing significant social challenges for workers and their communities.

Second, communities back home in climate-vulnerable locations also experience significant changes in socio-economic dynamics, such as increased labour, often placing additional burdens on women, and it is not clear whether there are overall benefits in terms of sustainable (economic, social, and environmental) development outcomes, and at what scales (household, community, nation).

Fourth, none of the programmes currently offer permanent migration options for workers, particularly for those workers who spend several years working abroad, often establishing local networks and trusted relationships with their employers. For some (although not all) it is a logical step to want to settle and make the arrangement permanent, benefiting not only workers but their employers, their families, and the often remote, depopulating rural communities where they are located.

For these reasons, climate justice for Pacific Island people is unlikely to be advanced through labour migration schemes as they currently stand. Moreover, any adaptation benefits of international labour mobility are at risk of being achieved at high social costs to workers, their families and communities. International labour schemes organised by industrialised countries must keep pace with climate change adaptation policies both in sending and receiving countries, as well as be cognisant of climate justice issues.

And the harmonisation must be holistic: piecemeal additions to existing policies, such as adding on permanent migration options, may not be enough. Access to permanent migration may be important, for example, but, if workers must endure years of social and emotional hardship before having legal access to an alternative place to live, it may not necessarily achieve climate justice even if technically available.

Carol Farbotko is an Adjunct Researcher at the University of Tasmania, Australia. Taukiei Kitara is a Tuvaluan Indigenous knowledge holder and has recently completed a Masters’s in Global Development at Griffith University, Australia. Olivia Dun is a Postdoctoral Research Fellow in the School of Geography and Sustainable Communities at the University of Wollongong, Australia. Drawing on her background in environmental science, forced migration studies and international development, her research analyses the intersection between environmental change, agricultural change and human migration.

Pacific labour mobility and the existential threat of climate change