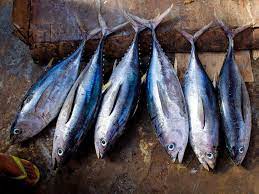 Released ahead of ministers’ arrival at the 12th Ministerial Conference (MC12) in Geneva, the text for consideration reflects delegates’ collective efforts in recent intensive meetings and suggests landing zones to bring over two decades of negotiations to a successful close.

“I am very pleased to say that, I finished working on a revised draft of the Agreement on Fisheries Subsidies which has been sent to ministers for their consideration at MC12,” the chair said in a statement to mark the release of text.

“In some places the draft text is my best attempt to suggest an outcome that I think is most likely to attract consensus. In some areas I am delighted to say it is not my work at all. Instead, the text presented came from groups of members with very different starting positions and who, working together, resolved their differences and presented to the plenary a text they could all accept.”

“Overall, the draft Agreement sent to ministers represents my best and honest effort at presenting to them a draft that is as clean as possible with only a few decisions for them to focus on, negotiate, and agree. After over twenty years, it is long past time for the WTO to deliver on its promise to agree to rules that will stop subsidies for illegal and excessive fishing,” the chair said.

Previously, on 24 November 2021, the chair submitted a draft Agreement for ministers’ attention ahead of MC12, which had been scheduled to start on 30 November. However, on 26 November, WTO members decided to postpone the ministerial conference after an outbreak of a particularly transmissible strain of the COVID-19 virus led several governments to impose travel restrictions that would have prevented many ministers from reaching Geneva. This marked the second time that the pandemic has forced a postponement of MC12. The meeting was originally due to take place in June 2020 in Nur-Sultan, Kazakhstan.

Nevertheless, members continued work on the draft agreement. The latest intensive meetings in May 2022 saw the pace of work increase steadily, including in the past few days where clean drafts were developed on several sensitive issues ahead of MC12, which will now be held on 12-15 June 2022.

“On some issues that had appeared intractable, the draft Agreement presents a clean solution that came from the negotiating process; for example, what we refer to as ‘territoriality,’ that is, how to ensure that a WTO panel would not decide who had jurisdiction over disputed or overlapping territorial claims. Here we have a clean text,” the chair said, citing also progress made on a clean text for the provision for subsidies given to vessels not flying the subsidiser’s flag, and the clearer provisions and better understanding among members on how provisions would work for special and differential treatment.

The chair clarified that not every issue has been resolved in the text: “Indeed, this is a draft Agreement and in this draft there remain some issues that members have not agreed to yet, or where I could not sense the precise landing zone. These issues are in square brackets to indicate that Ministers may want to focus their efforts on resolving them.”

“As I’ve said to members before, they should not be negotiating against each other but against the unrelenting depletion of global fish stocks that are so vital for livelihoods, food security and a healthy planet. The longer we wait, the more the fish lose. And the more the fish lose, the more we all lose,” the chair said.

According to data from the UN Food and Agriculture Organisation, fish stocks are at risk of collapsing in many parts of the world due to overexploitation. It is estimated that 34 percent of global stocks are overfished compared with 10 percent in 1974, meaning they are being exploited at a pace where the fish population cannot replenish itself. Declining fish stocks threaten to worsen poverty and endanger communities that rely on capture fisheries for their livelihood and food security.

The creation of fisheries subsidies disciplines has been the subject of work in the WTO’s Negotiating Group on Rules since 2001, with an elaboration of its negotiating mandate agreed in 2005. The adoption by world leaders in September 2015 of the UN Sustainable Development Goals (SDGs) and the negotiating mandate agreed at the 11th WTO Ministerial Conference (MC11) in 2017 gave a renewed sense of urgency to the talks.

Under the mandate from the previous Ministerial Conference and the UN Sustainable Development Goal Target 14.6, negotiators have been given the task of securing agreement on disciplines to eliminate subsidies for illegal, unreported and unregulated fishing and to prohibit certain forms of fisheries subsidies that contribute to overcapacity and overfishing, with special and differential treatment being an integral part of the negotiations.