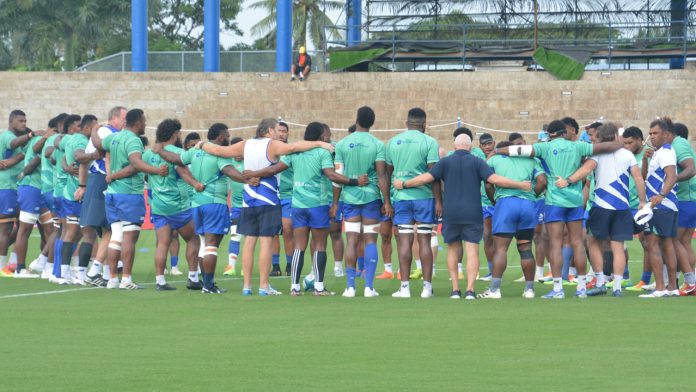 Fijian Drua players are excited to go out on Friday and rub shoulders with some of Super Rugby’s best.

The Crusaders is the best team in Super Rugby history, and the onus is now on the Drua to deliver the much-needed result.

Captain Meli Derenalagi said if they could rattle table leaders, the Blues, they can also try and do the same to the Crusaders.

“The boys watching Super Rugby from previous years who were edging the Drua as their best team in Super Rugby, but now we are facing them and we were talking outside and telling them too, that we need to show them too who’s the best in Super Rugby.”

Coach Mick Byrne is well aware the players will be facing some of the best in the world, and he encourages them to leave their mark on game day.

“I said to Meli, you are now a Richie McCaw for your young generation. It’s good to be watching a Richie Mounga and Sam Whitelock, these guys as they come through, Cody Taylor, that have been All Blacks for the number of years in Super Rugby, as you know you tend to watch a better team. The better teams tend to gravitate towards better teams and the Crusaders have been one of this.”

According to Drua Head Coach Mick Byrne, Cotter has his eyes on a few players.

Byrne says he would like to see some Drua players wear the national jumper during its first year in Super Rugby.

“From our perspective, I would like to see some of our players get the opportunity and that is something that we will always be striving for as a Drua to create a pathway for the Flying Fijians for young Fijians on the island.”

He said the decision on which players to join the Flying Fijians will be made by Cotter.

The Drua takes on the Crusaders in its second last Super Rugby Pacific match on Friday at 7:05pm at Orangetheory Stadium in Christchurch.