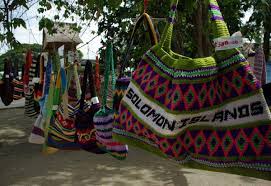 Listen, for a start. Getting down to granular, person-to-person engagement is needed for effective regional diplomacy.

For almost 20 years, I have been working for, and on behalf of, the Australian government in the Pacific. And, like many of my Pacific Islander friends and colleagues, I was not shocked by the Solomon Islands security pact with China and the apparent blindsiding of Australia. Nick Warner, the former head of the Regional Assistance Mission to Solomon Islands, captured the challenge when calling for a “fundamental reset” of Australia’s bilateral relationships with the countries of the South Pacific. He’s far from alone.

We too have believed for a long time that a reset of relations is critical if Australia is to establish itself as an informed and valued “partner of choice” in the region. These changes need to happen at micro, granular, person-to-person levels, just as much as around macro policy decision-making, such as in reforms to the Pacific Australia Labour Mobility scheme advocated by both the current Coalition government and the Labor Opposition. This is particularly the case in countries where population sizes are among the smallest in the world and where the personal can and does rapidly become political.

The assumed technical processes of “development” were not led by the country’s own citizens, the only ones with the legitimacy and political capital to navigate and give voice to such contextually sensitive issues.

To assist then with these collective calls and efforts to bring about such a “relationship reset”, I outline here three pieces of advice. As a caveat, these suggestions are not based on methodological rigour, but are simply a synthesis of the sentiments and frustrations that I have heard through my own relationships with Pacific Islanders over the last two decades, framed as steps that can be immediately and practically applied.

This blunt statement was whispered by a senior Pacific Islander officer as we observed the slow-motion failure of yet another aid investment aiming to reform national human resource development (HRD) planning in his country. The project was led by an Australian “technical adviser” and grounded in exemplary technical theory of what needed to change and how this would occur, prettily captured in a neat log-frame of linear assumptions of inputs-outputs-impacts. But every local person involved in the “consultations” knew that a lack of technical skills was not what was preventing reform of the national HRD system.

Millions of dollars had already been spent on exactly the same training, workshops, drafting of policy papers that this new iteration was again recommending; the blockages and drivers of change lay well below the surface – a complex web of political and bureaucratic relationships, normalised behaviours and entrenched corruption. But no space was ever created for these realities to be discussed and explored as the assumed technical processes of “development” were not led by the country’s own citizens, the only ones with the legitimacy and political capital to navigate and give voice to such contextually sensitive issues.

But while the Australian consultant leading this particular project did seem imbibed with a heightened sense of her competency, which prevented her from being attuned to the wise words of my colleague, I could also see that she thought she was just doing her job within the conventional norms of overseas development programmes: the recruitment of international “experts” to “build the capacity” of Pacific Islanders and fix their problems. But it is this underlying patronising approach of some aspects of aid implementation – the frontline of Australia’s engagement in the Pacific – that is a very real constraint to the cultivation of mutual respect.

As an immediate first step in changing our relations with the Pacific, Australia needs to stop calling every non-local consultant engaged by the Department of Foreign Affairs and Trade (DFAT) an “adviser” – a term laden with unilateral superiority – and call an end to the façade that externally-led technical solutions will bring about systemic changes in sovereign nations’ social, economic and political development. International collaboration, insights and resources can indeed be influential to the fostering of endogenous change processes, but only ever if the external actors involved in such collaboration understand their subordinate place in this dynamic, and first “shut up and listen” to the local drivers of reform.

Three exceptional examples of where DFAT has done this and thereby accrued significant influence and credibility are the locally led Vanuatu Skills Partnership, Women’s Fund Fiji and the regional Balance of Power initiative, which all provide useful lessons.

As any anthropologist will tell us, identity and relational connection are intimately embedded in our use of language. While language skills are usually valued and held by those working in foreign affairs, the prioritising of the “technical” over the deeper drivers of human behaviour has again here, in my observation, diminished the quality of Australia’s relationships in the Pacific.

That is to say, just because English is widely used as a functional form of communication across the Pacific, it does not mean that this is the language in which Pacific Islanders prefer to communicate or the language in which discussions of national import take place. Yet the majority of formal meetings attended by Australian diplomats and their contracted consultants are held in English. And while we can legalistically state that English is an official language of many Pacific Island countries, being right doesn’t always mean being effective.

Australia’s diplomats and their agents need to be in the places where the local languages are used to discuss the real issues at play in the local political economy if they want to avoid the blindsiding of recent months.

I have often thought too that a tacit condescension towards creole languages based in English, such as Bislama, Tok Pisin and Solomon Islands Pijin, means that native English speakers do not accord these local languages the same respect that we would their European and Asian counterparts – “it’s really just broken English”. It is also telling that diplomats to non-Pacific Island countries receive at least a full year of pre-departure training in language and culture, whereas officers posted to the Pacific are expected to learn (or not) on the job. These attitudes and practices do not go unnoticed by our Pacific Islander colleagues.

Linked to this, Australia’s diplomats and their agents need to be in the places where the local languages are used to discuss the real issues at play in the local political economy if they want to avoid the blindsiding of recent months. These conversations rarely take place in high commissions, ministry buildings or at formal cocktail parties. They take place informally in nakamals, churches, family homes and villages and between local staff employed by DFAT and their programmes outside of office walls.

If Australia wants to reset its relationship to one of a trust-based deeper significance and influence, it needs to work at its diplomatic representatives being welcomed and included into the places and languages where this trust is developed.

In the context of this current crisis, much has been usefully said about the disconnect between Australia’s approaches to climate change and the centrality of this issue for Pacific Island countries – and the role this has played in increased perceptions of a lack of shared values and concerns. But this perception of a non-alignment on matters of fundamental bearing to Pacific Islanders is also mirrored in areas of a more personal dimension, namely the cultural and Christian beliefs that inform the worldviews, allegiances and behaviours of many people across the Pacific.

First, the importance of extended families and the essential obligations that these entail do not always seem well understood among Australian managers and colleagues, who often express exasperation at the absences from work necessitated by funerals, grieving periods and family commitments. But without grasping that access to an individual’s trust through demonstrated respect for their broader family, tribal and kinship relations, it is difficult for outsiders to move beyond superficial niceties.

While it is the prerogative of Australians to hold whatever belief system they choose, it would serve our relationship-building interests to try and respect and understand better the deepest values of those with whom we seek to engage.

Similarly, relationships are stunted without an appreciation of the primacy of Christian belief in the lives of many Pacific Islanders. For secular Australians, Christianity is often disdained as contrary to all that is progressive, intellectually credible, and culturally appealing. Yet for many Pacific Islanders, a shared Christian belief and conviction in the spiritual dimensions of existence – including adherence by some to so-called “fundamentalist” Christian doctrines and traditional belief systems – are a defining factor in the strength of relationships and personal trust. Despite this, I have been in social and work gatherings where such beliefs are openly mocked and decried as backward and deluded, and where no concern has been given as to whether Pacific Islanders are present.

More practically, I have also been struck by the continuing tradition of high commissions holding their regular social networking events on Friday evenings in countries where a large proportion of the population, including influential leaders, are Seventh-day Adventists, and for whom Friday evenings are sacred. While it is the prerogative of Australians to hold whatever belief system they choose, it would serve our relationship-building interests to try and respect and understand better the deepest values of those with whom we seek to engage.

A reset of Australia’s relationship with Pacific Island countries is indeed necessary in the broader interests of security and prosperity in our region, but this will not be achieved without reflection on how relationships and influence actually grow – between individuals as much as between countries. As Nick Warner advises, “patience, trust, quiet communication, building relationships, that’s what works”. Seeking to authentically listen to and open our minds to the realities, interests and values of our Pacific Islander friends is a good place to start.