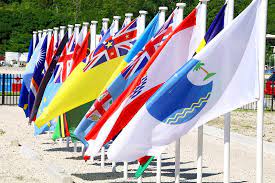 The Pacific Elders’ Voice reiterates that the primary security threat to the Pacific is climate change. This fact is clearly articulated in the Boe Declaration on Regional Security which states: “We affirm that climate change remains the single greatest threat to the livelihoods, security and wellbeing of the peoples of the Pacific and our commitments to progress the implementation of the Paris Agreement.”

This was preceded and guided by the Biketawa Declaration on the vulnerability of Pacific Island countries to the threats to their security.

The growing military tension in the Pacific region created by both China and the United States and its allies, including Australia, does little to address the real threat to the region caused by climate change. These nations have done very little to address their own greenhouse gas emissions, despite statements of intent by the nations.

Little has been done to address the impacts of climate change in the Pacific caused by their respective greenhouse gas emissions. Adequate funding for loss and damage caused by climate change needs to be addressed by Australia, China and the U.S in their engagement with the Pacific.

We are suffering from many insecurities in our region. It is time that the international community focus on these insecurities particularly in the context of climate change.

We call on all nations to respect the sovereignty of all Pacific Island countries and the right of Pacific peoples to develop and implement their own security strategies without undue coercion from outsiders.

At the 50th Pacific Islands Forum meeting in 2019, Leaders agreed to build on their Blue Pacific’s Call for Urgent Global Climate Change Action through the Kainaki II Declaration for Urgent Climate Action Now. The Pacific Elders’ Voice emphasises this call to our regional partners, particularly Australia, to undertake credible and urgent actions on climate change, to demonstrate their genuine commitment and empathy for this biggest security threat to the Pacific Island state.