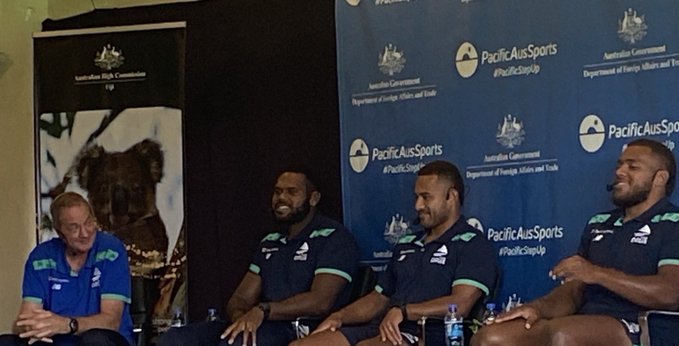 Fans will not be able to watch the Swire Shipping Fijian Drua and Highlanders match live on TV this weekend.

This has been announced by Drua Chief Executive Brian Thorburn as fans are encouraged to buy tickets for the game.

Some may think they can watch it on Sky Pacific but Thorburn says that’s not going to be the case.

The Drua CEO says as of Tuesday night less than 5000 tickets were sold.

“We had to take a decision that we announced that the match won’t be live on free to air or subscription TV and the reason for that is because we don’t have enough people there we need to encourage people to come to the game.2

The Drua will host the Highlanders at 4:35pm on Saturday at the ANZ Stadium.