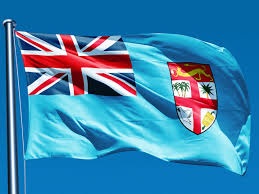 While speaking at the United Nations Economic and Social Council Forum, he said as the scale of these disasters increases, so must the country’s access to concessional finance.

He said while the government had to borrow hundreds of millions, Fiji successfully negotiated low-cost loans and attracted development assistance.

“While Fiji’s debts are sustainable under any lens of analysis, we find serious fault with these outdated assessments,” he said.

“Debt to gross domestic product ratio for example is too crude a tool to analyse the complexity of this issue. The cost of debt is changing, so why isn’t our thinking?

“Is it still debt if the terms are so concessional that much of it becomes a grant by the time it is paid as you don’t borrow a grant?

“Most importantly, we have shown we know how to strategically use the finance available to us. We are building back better, bluer and greener,” he said.

He said in 2018, Fiji became the first emerging economy to issue a sovereign green bond.

“We are strengthening climate resilience across our entire infrastructure network; relocating communities, and harnessing nature to protect our people,” he said.

“Also, we’re funding more ocean action through a blue bond issuance later this year. We are repurposing entire sectors around sustainability including tourism to prioritise nature.

“We are retooling our security forces around the operational focus of climate security through our work with development partners.

“Climate vulnerable countries should be empowered to continue becoming centres for innovation. Big, global solutions always start small and they can start with us,” he said.

He said the World Bank, International Monetary Fund, and other multilateral institutions should ensure that eligibility for climate-related funding is based on climate vulnerability.

He said the government has used every fiscal resource it could muster to respond to the 13 cyclones it has faced and the coronavirus pandemic.

Sayed-Khaiyum said vulnerable nations like Fiji are being punished for it by a system of debt architecture that was never built to serve its needs.

He said the global financial system serves as a secure foundation for wealthy countries in times of crisis, but its cracks can swallow developing nations.

“Fiji was the first nation in the world to sign the Paris Agreement. Since then, 13 cyclones have wiped out half of our gross domestic product,” he said.

“This is equivalent to a US$13 trillion loss to the United States of America economy. The coronavirus pandemic from which we are now recovering decimated the livelihoods of over 100,000 Fijians.

“Russian war on Ukraine has created a food and fuel price crisis that will continue to exploit our vulnerabilities as an island economy.

“Combined, these crises, would have driven hundreds of thousands of Fijians into destitution. We have not let that happen. We’ve used every fiscal resource we could muster to respond.

“We have reset the course toward the 2030 Agenda. Any responsible leader would do the same. Yet we and other vulnerable nations are being punished for it.

“We and other vulnerable nations are being punished by a system of debt architecture that was never built to serve our needs,” he said.

He said developing countries, on average, spend five times more than developed countries to service their borrowing, often to respond to crises we didn’t cause.

“We, the victims, suffer and pay more to the same system that rewards the perpetrators with cheap finance that is the fundamental injustice at the heart of our global debt architecture.

“The architects of our financial system chose to perpetuate the centuries-old model that exploited their soon-to-be cast-off colonies.

“Rather than building for the future, developing nations are consistently repaying debts under a system designed to serve those old dynamics of power,” he said.

Sayed-Khaiyum said ignoring developing country’s vulnerabilities only worsens the consequences for us and the entire market economy.