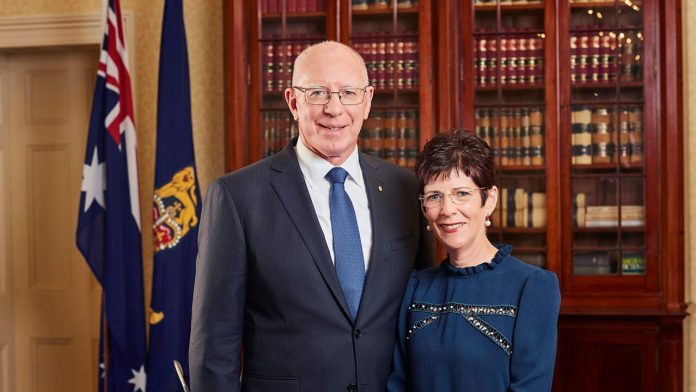 The first-ever State visit from the Governor-General of the Commonwealth of Australia, David Hurley, to Fiji this week will be a landmark achievement in the Fiji–Australia Vuvale Partnership.

The last visit by a Governor-General of the Commonwealth of Australia was in 1993.

This State visit reinforces Fiji and Australia’s commitment to regional solidarity and will unfold new opportunities for engagements in strategic cooperation in areas of climate and oceans actions, disaster resilience, economic recovery, defence and security, and socioeconomic development, amongst others.

Governor-General Hurley and wife Linda Hurley, will arrive in Fiji tonight, following which, they will be formally welcomed and received by the Fijian delegation led by the Prime Minister, Voreqe Bainimarama, and Mary Bainimarama.

During this State visit, Governor-General Hurley will be meeting with, President Ratu Wiliame Maivalili Katonivere and Prime Minister Bainimarama.

Governor-General Hurley will speak at the opening of the newly refurbished RFNS Stanley Brown Wharf, which is supported by the Australian Government in recognition of the ongoing cooperation with Fiji and the region in defence, security, and maritime services.

The Governor-General and his wifey will visit the National War Memorial site for a wreath-laying ceremony, signifying Fiji and Australia’s historical links to peacekeeping.

The official opening of the Nausori Accommodation Centre, visit to the National Disaster Management Office, and a visit to the SPC Land Resource Division are also part of Governor-General Hurley’s programme in the Central Division.

For the first time, the State visit will feature programmes in the Northern division, with an official opening of the Maramarua District School Kindergarten and a delegation led by the President, who will host the Governor-General and his wife for an official visit to the friendly north.

President Katonivere said that Fiji is proud of this historic visit and looks forward to welcoming the Governor-General and Mrs Hurley to Fiji.

He said that this collaboration signifies the strong friendship and bilateral relations between our two nations, which have continued to strengthen over the years.

President Katonivere said that the visit to Vanua Levu is an exciting one for the people of Vanua Levu as they will witness and be part of one of the first state visits to the Northern division.

“This trip will also acknowledge the joint operations between the Australian and Fijian armed forced to Solomon Islands and Tonga,” he said.