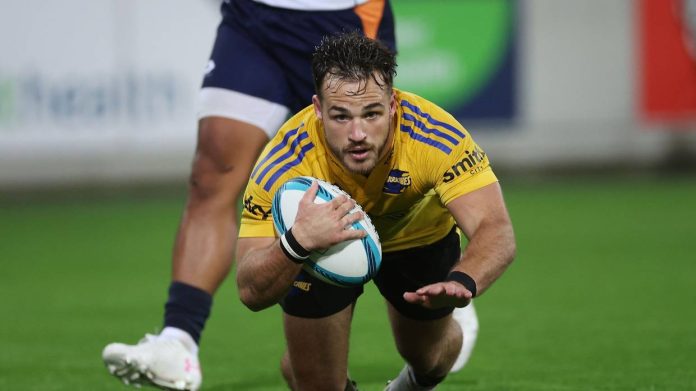 To add insult to injury, they conceded a pushover try at scrum time on their own feed in the second half as their pack struggled against a second-string Hurricanes outfit.

The Hurricanes made no secret of their determination to attack Moana Pasifika with their maul, regularly adding outside backs Thomas Umaga-Jensen, Salesi Rayasi and Wes Goosen to the lineout numbers to add their weight to the effort.

It paid dividends as Alex Fidow, Blake Gibson (twice) and Kianu Kereru-Symes all crashed over for tries, and Moana Pasifika require major work in that area of the game before they head over to Australia next week for two games, first against the Western Force in the Super Round in Melbourne, followed by the Rebels a week later at the same venue.

With their pack in the ascendancy, young Hurricanes backs Aidan Morgan and Ruben Love grew into the game, the former with his short passing game and the latter with his strong kick returns and footwork.

TJ Perenara also relished the armchair ride from his forwards, particularly in the second half when he picked up his 58th Super Rugby try and closed to within two tries of Israel Folau’s all-time record.

Goosen was the pick of the Hurricanes backs, however, making a huge break with the very first play of the game, and then scoring a typically smart try to end the first half. His work rate and accuracy continue to make him an easy selection for coach Jason Holland.

The Hurricanes’ night was soured by an injury to Devan Flanders, however. The Hawke’s Bay loose forward damaged a knee completing a tackle in the 20th minute, and walked gingerly to the sidelines as he was replaced by TK Howden.

However, their eight tries will please Holland after a controversial loss to the Crusaders on Saturday, and the performance of young hooker Kereru-Symes has added further depth in that area.

The Hurricanes obliterated the Moana Pasifika scrum after 61 minutes, and captain Reed Prinsep cleverly controlled the ball at the back and crashed over the line.

Moana Pasifika head to Hamilton to face the Chiefs on Saturday to complete their storm week, and they would dearly love a good performance before the crossover games start against the Australian sides. The Hurricanes head to Dunedin for their second clash against the Highlanders, and now sit in seventh on the ladder.