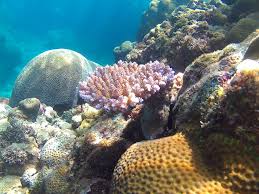 The Pacific Elders’ Voice welcomes the convening of the 07th Our Oceans Conference in Palau on the 13-14 April.

We congratulate the Republic of Palau for hosting this conference and making implementation of the commitments from previous conferences, as well as focusing on significant new commitments around six action areas, the core thrust of the conference.

At the outset, the Pacific Elders wish to highlight the great significance and spirituality of the Pacific Ocean for Indigenous Peoples. The ocean represents the lifeforce of all Pacific Islands people. We hope that the Our Oceans Conference will truly acknowledge this truth and set in train measures to ensure that the Pacific Ocean is appropriately protected for current and future generations.

We also welcome the convening of the UN Ocean Conference to be held in Lisbon from the 25th June to the 1st July. This will be an ideal opportunity to create meaningful and lasting action to protect the world’s oceans. We hope that this conference will provide the opportunity for all nations to commit to a global goal of 30% of the world’s oceans to be incorporated within marine protected areas.

We have been deeply concerned about the recent findings of Working Group II of the Intergovernmental Panel on Climate Change (IPCC) Sixth Assessment Report which noted that small islands tropical corals are at high risk from climate change. The IPCC report highlighted the fact that ocean warming and acidification, due to increased carbon dioxide levels, will cause severe coral bleaching on an annual basis. It also notes the impacts that climate change will have on fish stocks in the Pacific Islands region.

We believe that much more needs to be done now in order to address the impacts of climate change on Pacific Island communities. Major greenhouse gas emitting countries must accept higher reduction targets in order to avoid the worst impacts. Greater effort in the form of financial and technical resources must be provided to Pacific Island communities to help them better adapt to the impacts of climate change; and for those that suffer loss and damage due to climate change, there is an urgent need to provide adequate compensation by the major emitting countries.

We welcome the announcement by the United Nations Environment Assembly that the UN will commence negotiations for an international treaty aimed at controlling the production and use of plastics. We are very concerned about the growing amount of plastic pollution from discarded fishing gear, known as “ghost gear” in Pacific waters. Discarded fishing gear is known to have a profound impact on the marine life of our Ocean. Greater efforts are required to monitor the use of fishing gear when fishing boats return to port.

At the same time, we are also concerned about over-fishing and irregular, unreported and unregulated (IUU) fishing in our region. Regional fisheries agreements must be strengthened, and distant water fishing nations must take appropriate steps to regulate their fishing fleets. The Pacific Ocean does not have a limitless supply of fish and marine resources.

We wish to express our disappointment that the fourth session of the Intergovernmental Conference on Marine Biodiversity Beyond the Limits of National Jurisdiction was not concluded at a recent meeting in New York. The importance of protecting marine biodiversity beyond the limits of national jurisdiction cannot be overstated. We draw particular attention to the need to define effective environmental impact assessment procedures on the high seas and we call on all nations involved in these negotiations to resolve their differences and ensure that the next session will be the final one, and that a new agreement is concluded.

We wish to express our gravest concern about the proposal by the Japanese Government to release radioactively contaminated water into the Pacific Ocean from the damaged Fukushima Nuclear Power plant. We call on the Japanese Government and the International Atomic Energy Agency to work together to find a workable solution for the disposal of the waste water rather than dumping it in the ocean.

We are also very concerned about the state of Runit Dome in the Enewetak Atoll of the Marshall Islands. This Dome was established by the United States as a temporary storage for radioactive debris from past nuclear weapons testing. It now appears to be leaking radioactive material. We therefore call on the United States to take urgent remedial action to secure the Dome and to properly compensate all those that have been negatively affected by the nuclear weapons testing.

Pacific Elders reiterate their concern over proposals for deep seabed mining in the Pacific, particularly as there are limited, if any, regulatory measures to address the impacts of such mining and, until such
time, the region should refrain from engaging in any deep seabed mining.

In conclusion we are extremely concerned about the unprecedented threat that are facing the Pacific Ocean. Much more must and can be done in order to address these threats. We sincerely hope that upcoming Ocean conferences will deliver meaningful outcomes that would ensure that the Pacific Ocean as well as those communities that rely on it for their existence will have a future that they can pass on to the next generations.