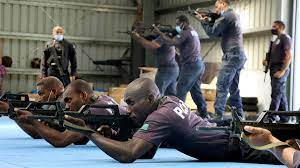 The anxiety caused by China’s planned security deal with the Solomon Islands shows that Australia, New Zealand, the U.S and Japan fear losing their influence in the Pacific — but are struggling to do anything about it.

When the draft agreement — whereby Beijing could send police to quell local unrest and Chinese warships could stop in local ports for replenishment and repairs — was leaked last month, the powers that have traditionally dominated the region voiced grave concern.

The security worries are understandable. If the Chinese navy gained a foothold in the Solomon Islands, it could block maritime access lanes to Australia — both for trade and for the Australian military, an ally the U.S would rely on in the event of conflict with China in the region. But the reaction also highlights that Canberra and its allies’ sole focus on geopolitics has undermined their regional influence.

“Australia and the US tend to see the world through their own interests: what is good for us is good for the Pacific Islands, so you should do the things we do,” said Tarcisius Kabutaulaka, an associate professor at the University of Hawaii and a Solomon Islander. “In this case, they are saying to the Solomon Islands, you can’t have this kind of relationship with China. The irony is that we can and we do,” he added, referring to failed attempts by western powers to stop the islands’ move in 2019 to switch diplomatic relations from Taiwan to China.
Manasseh Sogavare, the prime minister who intends to sign the security deal with Beijing, has reassured traditional partners that a Solomon Islands government would not allow a Chinese “military base” to be built in the country. But he blasted their criticism of the security pact as “insulting”.

The uproar reflects long-running problems in western powers’ approach to the region. While they see the maritime space belonging to Pacific island nations as strategic, their foreign policy bureaucracies lack the capacity to focus on those countries’ culturally diverse and small populations.

There are efforts to change that. The US plans to reopen its embassy in the Solomon Islands’ capital, Honiara, after 29 years of absence. Australia and New Zealand have also adopted new policy initiatives.
But success has been limited. Australia accounts for almost half of the $22.7bn (US$17 billion) in aid to the region since 2009, but observers say these riches did not translate into the influence Canberra expected.

According to a parliamentary report published last month, several experts urged more investment in cultural and community ties to help Australian policymakers and the public understand better their Pacific neighbours.

One problem is divergent priorities. In the 2018 Boe Declaration, Australia joined Pacific island nations in identifying climate change as “the single greatest threat to the livelihoods, security and wellbeing of the peoples of the Pacific”. But in the eyes of the several Pacific islands at direct risk of rising sea levels, Canberra has undermined its credibility with lacklustre carbon reduction goals.

Solomon Islands’ politicians say western partners need to fine-tune their support to help stabilise the volatile nation. “Eighty percent of the people coming out of our schools have absolutely no opportunity of finding a job,” said Matthew Wale, a lawmaker and leader of the opposition Democratic party, who accuses China of bankrolling Sogavare and the lawmakers supporting him. “We are in a situation of state capture. Australia is doing a lot, but maybe their support is not having the level of impact that is needed.”

The Chinese embassy in Honiara did not respond to a request for comment.

Similarly, local experts argue that shortcomings in the security assistance provided by Australia and New Zealand may have encouraged Honiara to turn to China. Police sent by Canberra amid riots in November last year focused on securing key infrastructure, which did not include shops. Since most retail is owned by ethnic Chinese, this minority became the main victim of violence.

To gain momentum, the region’s western partners may have to learn from Beijing’s rule book. Local observers say China’s many traders and contractors give it an advantage over countries that are represented only by diplomats. Wale’s advice to Canberra: “Maybe they need to be a little more creative.” .

EU to step up Indo-Pacific defence presence over China fears and...