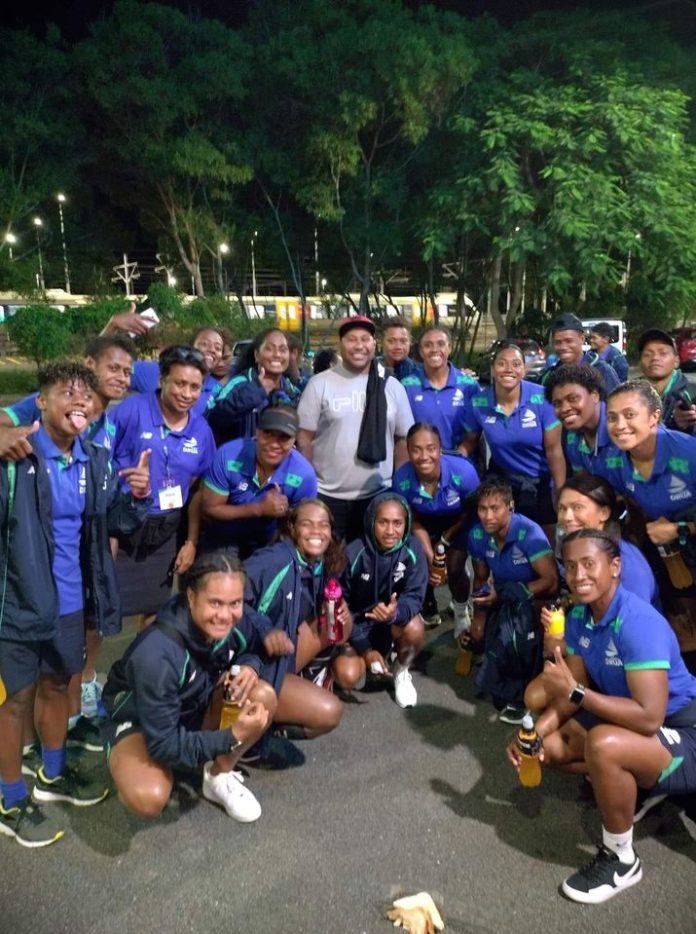 With just one more home and away match to go in their debut season, the Fijiana Drua are on the brink of making the Super W Grand Final.

Victory over the ACT Brumbies, who are yet to win a game, will send the Fijiana Drua through to the decider in Melbourne, most probably against the Waratahs.

And the Fijians would go into that game on a wave of confidence, having just become the first side ever to beat the NSW team, after they went undefeated through the first four Super W seasons.

Back home in Fiji, the FRU’s Women’s Development Manager, Vela Naucukidi, has been watching Fijiana’s progress with a mixture of growing excitement and pride.

“t’s hard to explain,” she told Pacific Beat. “The Waratahs were unbeaten for so long and we just walked all over them on the park!”

Naucukidi, who was manager of the rugby 7s team that won bronze for Fiji at the Tokyo Olympics, says the Fijian Drua’s success is doing great things for women’s rugby in the country.

“Their games are live (on TV) here in Fiji every weekend, and it’s just amazing. It helps us who are actually working on the ground trying to develop women’s rugby in Fiji.”

And the FRU official has paid tribute to the Australian Government for investing in Fijiana and giving them a chance to shine, a chance they may otherwise have missed out on.

“I’m so forever grateful to the Australian government, they helped us in this space with support and sponsorship; they provided the platform for us to be seen,” she said.