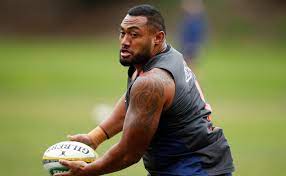 Moana Pasifika have named their team to play the rematch against the Blues on Saturday.

Round 7 of DHL Super Rugby Pacific sees the two Auckland-based teams play each other twice in the space of four days. With the short turnaround, Head Coach Aaron Mauger has named a very different side to the team who went down on Tuesday 32-19.

Sekope Kepu returns to Captain the side and is joined in the front row by Ezekiel Lindenmuth and Samiuela Moli at hooker. Veikoso Poloniati and Michael Curry will combine at lock to round out the tight five. Curry started Tuesday’s match and earnt his start on Saturday after a tremendous performance on debut.

The same starting loose forward trio from Moana Pasifika’s historic 24-19 win over the Hurricanes will return to the field with Tu’ipulotu, Funaki and Time-Stowers set to play at Eden Park.

Ereatara Enari will combine with Christian Leali’ifano in a new 9 & 10 combination which boasts plenty of Super Rugby experience.

An unchanged starting midfield combination in Solomone Kata and Fine Inisi will look to build on their fine form from Tuesday’s game.

There is plenty of impact and firepower to come from the bench with the likes of experienced Manu Samoa halfback Dwayne Polataivao and Tuesday night try scorers Luteru Tolai, Abraham Pole and Tomasi Alosio.

Team to play the Blues on Saturday 02 April, at Eden Park.