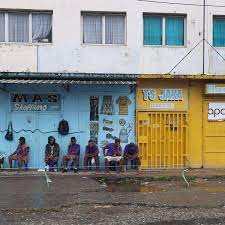 The proposed security deal between Solomon Islands and China may appear to be all about security, but it is in fact counterproductive to the security interests of Solomon Islands and the Pacific Islands region. Prime minister Manasseh Sogavare seems to be oblivious to the issues surrounding the draft deal and may see it as a move that would cement his grip on political power.

The Solomons has never been threatened by external forces, nor does it expect any such threats in the foreseeable future. Its security interests are predominantly domestic. And in that respect there is already an agreement with China on policing support. This new deal therefore has to be seen in light of China’s reach into this part of the Pacific.

The Solomon Islands is no stranger to internal security problems and the need for foreign support. The ethnic and political crisis of the 1990s resulted in the intervention of a regional assistance mission, known as Ramsi, in 2003. Three riots between 2006 and 2021 were driven by perceptions of corruption by the political elite and the influence of Asian business interests. The political elite have long been perceived by their own people to be compliant to Asian business interests in the granting of logging, fishing and mining concessions that almost always deprive indigenous Solomon Islanders of a fair return for the exploitation of their resources.

As security issues have arisen in the Solomons over the past decades, regional security partners – including Australia and New Zealand – have offered a platform for cooperation and support. Solomons has a history and relationship with these regional partners. First through the Ramsi mission, and a later security treaty that enabled the rapid deployment of Australian troops in response to the 2021 riots.

The Solomons’ relationships with its regional partners are not perfect. The US, Australia and New Zealand have, to varying degrees, been neglectful in the region over the past decade – particularly regarding the existential threat posed by climate change. But the proposed security deal with China is not the solution.

There are several reasons it poses serious challenges. The Solomons, along with its traditional partners, are likeminded democracies with shared values. China has a totally different system of government. Solomon Islands is not familiar with that system.

Such distinctions are not merely theoretical. When it comes to national security, they will affect how and what training is conducted, how arrests are done, the manner in which courts function, the extent to which individual rights can be expressed, and ultimately, how the rule of law is perceived.

The draft agreement will also affect the regional security balance. Issues will arise for Australia, New Zealand and the US if Solomon Islands choose to host military assets. Is this a cost the Solomons would like to impose on our long-trusted friends and the wider Pacific Islands region? Is this an acceptable way to treat our friends? Further, this path would make the Solomons a geopolitical playing field and expose it to unnecessary security risks that it lacks the capacity to handle. The risks from this would be worse than the domestic risks that the agreement is supposed to address.

The refusal of Malaita province, the country’s most populous, to accede to the government’s 2019 diplomatic switch to China remains an open sore and the prime minister himself said the switch to China contributed to the 2021 riots. In one of his statements, provincial premier Daniel Suidani insisted that “the rushed switch is not in the best interests of our people”. A sensitive government would understand how the draft security deal would further threaten the nation’s fragile unity.

Sogavare appears to have ignored these considerations. His government seems bent on neglecting the red lights of internal unity, security and stability issues for the nation.

For the prime minister, political survival trumps all other considerations. He appears to perceive China as a genie that will act on his beck and call – acting in instances where Australia, New Zealand and other regional friends would hold back because of their democratic values.