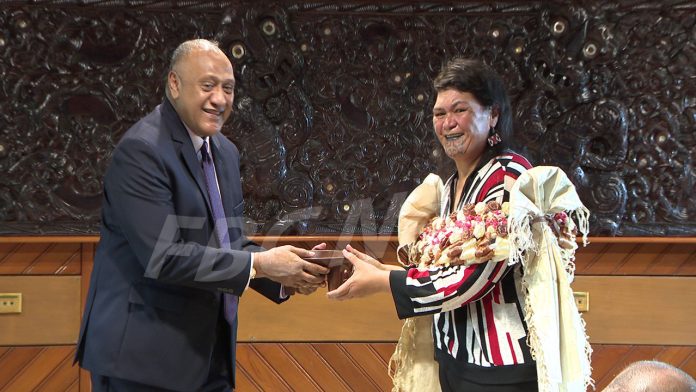 The Pacific Islands Forum Secretariat is looking at building more consensus and cohesion around its processes in the hopes of appeasing member countries.

The assessment is an effort to heal the rift within the regional body that has seen Micronesian countries pause their membership last year.

New Zealand Foreign Minister, Nanaia Mahuta has already said that regional solidarity is a key focus of her visit to Fiji and this was part of talks with the Forum Secretariat.

Mahuta has been assured that discussions continue, to try and restore the Micronesian state’s membership to Pacific Islands Forum(PIF).

“There has been a lot of conversations around trying to ensure that the Micronesian states don’t leave the PIF in fact they have announced that they are prepared to pause their membership of the PIFS as we continue to have conversations around modernising processes,” Mahuta said.

The Forum hopes that enabling wider agreement among leaders from member countries will result in better acceptance of decisions made at the political level.

“Countries of the Pacific attained nationhood that they would be open to joining the forum as a family. Solidarity remains an enduring strength of our organisation, but families do have squabbles from time to time but in the Pacific Way, we are working together to resolve those challenges.”

They say this was in breach of a “gentleman’s agreement” to hand them the position, and began the process of withdrawing from the Forum.

We are in the crisis of the century’: Europe threatens to...