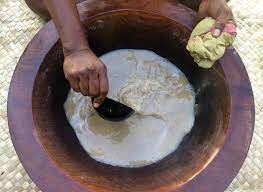 As Australia must close the gap between its First Nations peoples and other Australians, so it must open the door to Melanesians.

The two needs are distinct and separate. Yet they share elements of necessity and symbolic importance.

Closing the gap between Indigenous and non-Indigenous Australians in life expectancy, child mortality, literacy, education and employment is a great national challenge, an effort that still has far to go.

We’ve got many links to Melanesia, but opening to Melanesians is a neighbourhood task that’s just getting started. What presents as a foreign-policy challenge is really about letting Melanesians into the life of Australia?

Both needs call for acts of imagination and enlargement as well as a lot of practical work and policy push.

The closing-the-gap effort is well into its second decade. The shame of that persistent gulf highlights the need for ‘a true partnership with Aboriginal and Torres Strait Islander peoples’. That true partnership line from Prime Minister Scott Morrison applies also to the need to open to Melanesians.

Morrison’s embrace of the idea of Australia as part of the ‘Pacific family’ is political genius, offering lots of diplomatic upside. The irony is that the great majority of the family—residing in Melanesia—can’t get into Australia.

South Pacific scepticism about Australia’s ‘family’ rhetoric has a couple of key lines used in public: ‘If you really cared, you’d act on climate change’ and ‘This is just about Canberra’s panic about China.’

Politeness means we seldom hear a pointed question from Melanesia: ‘Why don’t you let us in?’

The politeness rule also mutes South Pacific discussion of Australia’s First Nations peoples. But in conversations in the South Pacific over the years, it was a mark of the discussion getting serious when it turned to perceptions of Australia’s treatment of Aboriginal and Torres Strait Islander peoples and what that meant for our role in the region.

Closing the gap is about substantial, measurable shifts in the lives of First Nations people, along with formal recognition, based on the Uluru statement.

As Australia gets it right with its own peoples, so it can do much more with the peoples of the South Pacific. And the place where that matters the most is in the arc of islands that frames our geography.

Stretch the geography of the Melanesian arc so it starts in Timor-Leste, then swings through Papua New Guinea (and Bougainville), Solomon Islands, Vanuatu and Fiji.

Opening our door means offering the Melanesian arc some part of what we already give—by default—to much of Polynesia. That’s because New Zealand is in charge of picking most of the islanders who can live permanently in Oz. Polynesians enter and settle in Australia, coming in via New Zealand.

No such luck for Melanesia. Contradicting geography, Australia’s population has more Polynesians than Melanesians.

That doesn’t reflect the reality of the South Pacific, where Melanesia has a total population of 11.4 million, while Polynesia’s is 690,000.

New Zealand has done us a huge favour (as kiwi usually does for kangaroo) by giving us a vibrant Polynesian community. Time for us do the same for the countries of our arc.

Melanesians still don’t have much chance to settle here, but these days they’ve a chance to work here.

Special access for Pacific workers was a long time coming, having to overturn Oz obstacles including political taboos, bureaucratic resistance, union scepticism and the non-discriminatory immigration policy. Starting with a pilot scheme in 2009, the door was slowly pushed ajar so islanders do farm picking jobs (the Seasonal Worker Program) or work for extended periods (the Pacific Labour Scheme).

From next month, the two programmes become one, as Canberra promises ‘streamlining and strengthening’ under the Pacific Australia Labor Mobility (PALM) scheme. Stronger worker protection is pledged to answer the criticism that too often islanders are treated as a form of indentured labor or modern-day ‘slaves’.

The joint statement from the foreign minister and minister for aid and the Pacific promises:

The PALM scheme will remain uncapped, and demand driven. It will be the primary means of filling unskilled to semi-skilled workforce shortages in rural and regional Australia, with more than 55,000 Pacific and Timorese workers approved and ready to take up jobs in agriculture, meat processing, the care sectors, hospitality and tourism, and other sectors.

Making PALM the ‘primary’ scheme puts South Pacific workers at the front of the queue, ahead of workers from Southeast Asia arriving under the parallel Australian agriculture visas.

Howes and Sharman argue that the department grabbed PALM for the same reason it took over administration of the agricultural visas—to ensure that promised ‘primacy’ for South Pacific workers:

While it might be unusual for a foreign affairs department to be running migration programmes, it’s not necessarily a bad thing. In the past, Australia looked at the Pacific too much through an aid lens. One certainly can’t say that any more. More labour mobility is a far better offer for the Pacific than more aid.

DFAT will ensure primacy for Pacific workers, and that should benefit Melanesia where most islanders live.

Australia’s abiding interests in the South Pacific rest on a set of subregional foundations. Add to that the geopolitical truth that the US will always be there for Micronesia, just as New Zealand will be there for Polynesia and we should be for Melanesia.

The growth in our thinking about Pacific workers must be matched in areas such as education. The invaluable Devpolicy Blog (from the Development Policy Centre at the Australian National University) has gathered the figures to show the low number of South Pacific students studying in Australia, highlighting ‘a major gap’ in Australia’s relations with the islands. Indeed, more gaps to be bridged.

Australia’s policy offer to the South Pacific is economic and security integration. Letting in Pacific people is the logical centerpiece of integration in the decades ahead; Canberra understands the logic while inching towards the action.

The needs of our First Nations peoples and of the peoples of Melanesia are distinctly different issues that rhyme. A deeply domestic matter can sometimes find echoes in the demands of foreign policy.

Getting it right with our own peoples will improve the chance to get it right with the peoples of our arc. As we close the gaps, we can also open the door.