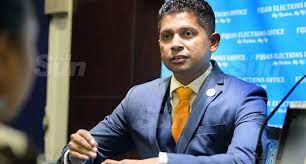 Fiji’s campaign period for the 2022 general election will start on 26 April.

This has been confirmed by the Electoral Commission in accordance with Section 109A of the Electoral Act 2014, following their meeting today.

The campaign period will end 48 hours prior to the date of the general election as announced by the President Ratu Wiliame Katonivere.

Campaign laws as described in the Electoral Act will apply to all political parties, candidates and their representatives on 26 April.

Meanwhile, National Federation Party leader Biman Prasad has labelled the government ministers’ visits to schools, communities and villages as a ploy to vote-buy.

Prasad in a statement said these visits and meetings are pure electioneering and a gutter example of vote-buying.

He said while the declaration of the official campaign period is six weeks away, the ministers have found time to scurry all over the country like squeaking, hissing and chattering rats.

“Leading the conga line is the Minister for Economy Aiyaz Sayed-Khaiyum. In an attempt to please him, ministers are falling in line and dancing to their master’s tune,” he said.

“Minister for Education Premila Kumar is bending rules set by her own ministry for teachers to stay in their classes during school hours.

“Kumar has been advising her officers to call individual school heads to release teachers during school hours to attend her gatherings.

“On Monday, she had one such gathering in Lautoka during school hours which meant students were denied quality face to face learning when their teachers were away,” he said.

He said Sayed-Khaiyum is on a campaign trail, attending meetings organised by advisory councillors after being ordered to do since they are government appointees.

“The minister’s whirlwind tour from Ba to Sigatoka over last weekend proves why these consultations are not people-driven,” he said.

“Instead of speaking for a few minutes and allowing those with concerns to raise the issues, his long-winded talks are an attempt to camouflage what was the mood of the people.

“The minister during the consultation is talking about anything and everything and ludicrously labels those ordinary Fijians asking the right and tough questions as being my friends,” he said.

He said whatever the conga line does, it is beyond any doubt that the term of the FijiFirst government will end soon.

Minister for Education Premila Kumar said National Federation Party leader Biman Prasad is obsessed with the coming elections that he forgets that there is a current government which has to carry out its responsibilities.

Kumar made this comment after Prasad had labelled the ministers visits to schools, communities and villagers as vote buying tactic.

In response to the National Federation Party statement, Kumar said this is practiced everywhere in the world where there is an elected government in place.

“As a professor, he should show some humility and respect. If you have issues with the government, you should deal with these professionally,” she said.

“Using words such as the ministers have found time to scurry all over the country like squeaking, rats make it sound like the he has lost his sanity and lacks intelligence.

“There are better ways of being critical and making your point on the basis of facts than by shouting and being abusive but this man has always been derogatory.

“He has simply exhausted all the ammunition in his armoury to pointlessly attack the Fijian government is doing for its people during the most difficult time,” she said.

She said the government ministers have been visiting the communities regularly and not just this year, which he terms as an election year.

She said as the duly elected government, the ministers remain committed to its people throughout and their work speaks for itself.

Pacific power struggle between China and U.S set to escalate after...