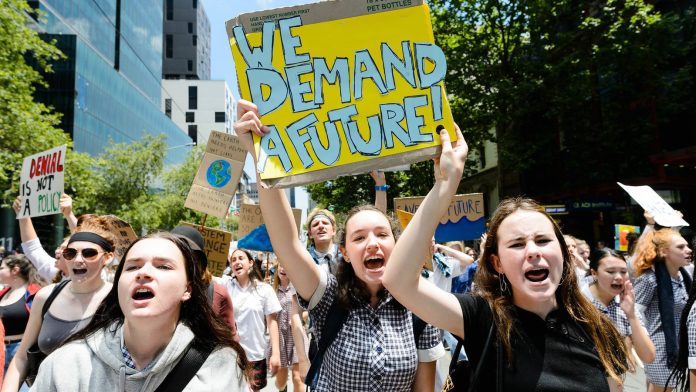 The Australian federal environment minister, Sussan Ley, has successfully appealed against a high-profile court decision that found she had a duty of care to protect young people from the climate crisis when assessing fossil fuel developments.

Eight teenagers and an octogenarian nun last year sought an injunction to prevent Ley from approving a proposal by Whitehaven Coal to expand the Vickery coalmine in northern New South Wales, arguing that the minister had a common law duty of care to protect younger people against future harm from climate change.

Justice Mordecai Bromberg found the minister had a duty of care to not act in a way that would cause future harm to younger people, but he did not grant the injunction as he was not satisfied the minister would breach her duty of care.

The full bench of the federal court on Tuesday overturned that judgment, deciding that while Bromberg’s findings were “open to be made”, the duty of care should not be imposed on the minister.

The three justices who heard the appeal gave different reasons for their decision. They included that court processes were unsuitable to determine matters of public policy and that the protection of the public from personal injury caused by the effects of climate change was not a responsibility of the minister under Australia’s environment laws.

The teenagers who brought the class action, supported by Sister Brigid Arthur, an 87-year-old nun and former teacher who volunteered to be their litigation guardian, said they would consider an appeal to the high court.

The leader of the action, 17-year-old Melbourne student Anj Sharma, said she was devastated by the judgment and and “so, so angry”.

“It will not deter us in our fight for a safe future,” she said outside the court. “The federal court today may have accepted the minister’s legal arguments over ours but that does not change the minister’s moral obligation to take action on climate change.

“It does not change the science. It does not put out the fires or drain the flood waters. We will not stop in our fight for climate justice. The world is watching.”

At a media conference in Queensland, Ley said she had not yet had a chance to read the judgment but “common sense had prevailed”.

In his remarks in a streamed court hearing on Tuesday, the chief justice, James Allsop, said nobody involved in the case had disputed evidence presented to the court about climate change and the “dangers to the world and humanity, including to Australians, in the future from it”.

That evidence included that the expansion of the mine could lead to an extra 100m tonnes of carbon dioxide – about 20% of Australia’s annual climate footprint – being released into the atmosphere as the extracted coal was shipped overseas and burned to make steel and generate electricity.

In his initial judgment, Bromberg concluded it showed the potential harm children could face due to global heating “may fairly be described as catastrophic, particularly should global average surface temperatures rise to and exceed 3C beyond the pre-industrial level”.

“Perhaps the most startling of the potential harms demonstrated by the evidence before the court, is that 1 million of today’s Australian children are expected to suffer at least one heat-stress episode serious enough to require acute care in a hospital,” he said.

The full court rejected a submission from Ley’s lawyers that some of Bromberg’s initial findings were incorrect and reached beyond the evidence. But it unanimously found that the minister should not face a legal duty of care to all Australian children when deciding whether the Whitehaven mine extension could go ahead.

Allsop found that court processes were unsuitable to determine matters of high public policy, that imposing a duty of care would be inconsistent with national environment laws and that the minister’s level of liability in approving a project was indeterminate.

Justice Jonathan Beach found that a duty of care should not be imposed as there was not “sufficient closeness and directness” between the minister’s decision and the risk of harm to young Australians, and that her level of liability could not be determined.

Justice Michael Wheelahan found that national environment laws did not establish a relationship between the minister and the teenagers who brought the case, and that “the control of carbon dioxide emissions, and the protection of the public from personal injury caused by the effects of climate change” were not responsibilities of the minister under the legislation.

David Barnden, a lawyer representing the children, who last year described the initial judgment as historic, said the decision was disappointing.

“Adults should do all they can to create a safe future for our children,” he said. “We will continue to support young people in their fight for a safe future and we will carefully review this decision to determine the next steps.”

Sister Brigid Arthur said climate justice demanded that “we pay attention to the harm that we are doing both to the planet and the future children that will inhabit this planet”.

Labour’s environment spokesperson, Terri Butler, said Labor respected the court decision, but the substantive issue was that the Morrison government did not have a plan to act on climate change. “We all have a responsibility to protect our children from the impacts of climate change,” she said.

U.S to boost Pacific spending to counter China, but no ‘real number’ yet