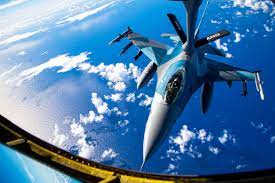 The United States is a Pacific power and works with allies and partners throughout the Indo-Pacific to uphold the free and open regional order, he told the House Armed Services Committee.

“At the same time, the region faces mounting security challenges, particularly from the People’s Republic of China, … which has adopted a more coercive and assertive approach to advancing its authoritarian interests,” he said.

China is not the only adversary in the Pacific. North Korea is developing nuclear weapons and the means to deliver them. This constitutes a clear threat to the United States and its allies, Ratner said.

But China is the pacing threat, and Ratner said the defense budget that is scheduled to be presented to Congress later this month will reflect that reality. The budget request will be based on the needs of the new National Defence Strategy, which will be unveiled soon.

“We are prioritising capabilities relevant to the China challenge to enable a joint force that is lethal and able to strike adversary forces and systems at range,” he said.

The force and capabilities must be resilient and able to gain information advantage and maintain command and control through cyber and kinetic attacks, Ratner said. The United States military must be able to field more lethal forces that are agile, fast and able to be sustained.

“Alongside these capabilities, we’re building a combat-credible force posture in the Indo-Pacific, working toward a more distributed, lethal and resilient forward posture essential to addressing the full suite of challenges we face in the region,” he said.

At the heart of any strategy for the DOD is America’s greatest asymmetric advantage — the unparalleled network of allies and partners. “As I look across the region, I see our defense ties growing at a rapid pace with the U.S-Japan alliance as the cornerstone of regional peace,” Ratner said. “We are deepening our defence cooperation with the Japan Self-Defence Forces, optimising our alliance force posture, and integrating the alliance into a broader regional security network of like-minded nations.2

The U.S-South Korean alliance remains 2the linchpin of peace and stability on the Korean peninsula and in the Indo Pacific region,” he said.

He said the U.S-Australia alliance is surging forward with considerable momentum. Australia was already one of America’s closest allies, but the ties in all domains of combat have gotten closer. The announcement of the AUKUS (Australia- United Kingdom-United States) security partnership further cements those ties, he said.

Ratner also said U.S officials are also seeing historic progress in a major defense partnership with India. He said they continue to integrate and operationalize day-to-day defense cooperation and logistics, enhance information sharing, and increase bilateral cooperation in emerging domains such as space and cyberspace.

DOD is also working with the nations of Southeast Asia to strengthen capabilities and increase interoperability, Ratner said. These include Singapore, Vietnam, Indonesia, Malaysia and Timor Leste.

Ratner also addressed China’s action regarding Taiwan. “Consistent with our commitment to our ‘One China’ policy, the Taiwan Relations Act, the three joint communiques, and the six assurances, we’re focused on maintaining peace and stability in the Taiwan Strait,” he said.

He noted that if China is DOD’s pacing challenge, then “Taiwan is the pacing scenario.”

“We aim to deter and deny PRC aggression through a combination of Taiwan’s own defences, its partnership with the United States, and growing support from like-minded democracies,” he said.