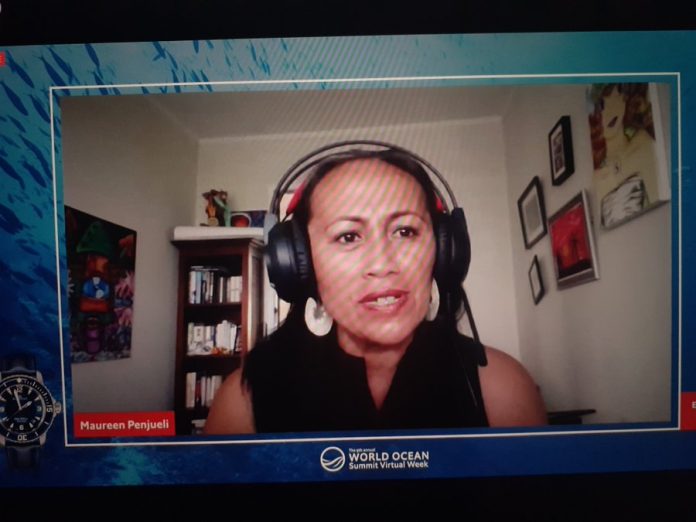 Government and non-government organisations declared it sub-standard and not fit for purpose as a risk management tool.

Dr Catherine Coumans, MiningWatch Canada (MWC) said, “The EIS has supposedly been revised in light of significant concerns raised. But the document was made available only one working day ahead of the consultation session held yesterday. This made it impossible to assess the extent to which its 770 pages actually rectify the deficiencies of the previous draft. The fact that the EIS had to be expanded by 220 pages in response to stakeholder submissions points to TMC’s unprofessional approach.”

Maureen Penjueli of the Pacific Blue Line Campaign (PBL) said, “The ridiculously short timeframe provided for stakeholders to digest the revised EIS, indicates that TMC and the Government of Nauru are not seeking meaningful engagement. Perhaps the International Seabed Authority (ISA) has already approved this EIS, given it was submitted to them last October? In addition, the virtual format for the consultation webinar was extremely limited, confirming the impression that it was nothing more than a box-ticking exercise. “

Penjueli continued, “We also question whether national consultations have been held in Nauru. Has the revised EIS been presented to the most important stakeholders, the Nauruan people?“

Dr Helen Rosenbaum added, “The lack of meaningful participation and transparency is consistent with TMC’s, and apparently the ISA’s agenda: to pilot deep sea mining instead of conducting the research needed to understand the wide range of impacts of commercial mining. This ignores the precautionary approach recommended by the global community including over 700 scientists; national government and non-government members of the IUCN; financial institutions, global businesses, international fisheries bodies, and civil society. “

Dr Rosenbaum continued, “Scientists advise that coordinated independent research is needed for at least another seven years before test-mining by companies with a vested interest is appropriate. TMC, the Republic of Nauru and the ISA are being reckless – presumably driven by TMC’s dismal share prices. ”

Maureen Penjueli concluded, “TMC’s EIS is an important test that will indicate whether the ISA is fit for purpose as the international DSM regulatory authority. The world is watching, especially due to the contentious nature of the TMC/NORI enterprise. Not only is it associated with triggering the two year rule, but TMC currently faces shareholder litigations challenging the company’s integrity.”.

Fiji, the World Bank and debt