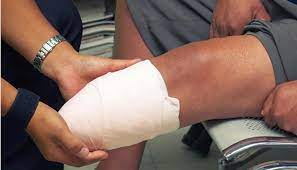 Non-communicable diseases (NCDs) are becoming a socio-economic burden for Fiji as they account for an estimated 84 percent of premature deaths in the island nation, said a World Health Organisation (WHO) official.

Shiva Anjini Singh, WHO Strategic Planning Officer, made the comments while highlighting the overview of the situation analysis of NCDs in Fiji during the Wellness and NCD consultation workshop in Suva, capital of Fiji on Monday.

Singh said NCDs are high in Fiji due to a lack of physical activity, poor diets, abuse of tobacco and alcohol, and environmental factors.

She said Fiji should now be heading towards new strategies that can minimise the impacts of NCDs.

“Emphasis must be put on primordial prevention and enhancing wellness in the community rather than crisis management approaches,” she said.

In recent decades, NCDs have become the biggest killer in Fiji, which has a population of around 900,000 people, causing thousands of deaths and affecting the lives of many more.

Diabetes-related amputations in Fiji account for 40 percent of all hospital operations, according to Professor of Surgery at Fiji National University Eddie McCaig.

McCaig said earlier that half of the estimated 60,000 people in Fiji ignored early signs like thirst and excessive urination which was caused by diabetes.

About half of Fiji’s diabetics needed eye surgery for cataracts or laser treatment for retinopathy and their kidneys were also affected by the disease, he said.

Around 900 patients need renal dialysis annually in the island nation.

This, according to the Minister for Health Dr Ifereimi Waqainabete.

The four major non-communicable diseases in Fiji are heart diseases such as heart attacks and stroke, cancers, respiratory disease and diabetes.

He said this was equivalent to between 2.7 percent to 4.4 percent of the country’s 2015 gross domestic product.

He said an estimated $73.3 million (US$36.65 million) was expended on direct healthcare costs for the four NCD categories.

“This equates to 18.0 per cent of the total financial costs for the four NCD categories, 25.7 percent of the nation’s health expenditure in 2014 and 0.8 per cent of GDP,” he said.

He said persons with cardiovascular disease posed the greatest financial burden to the healthcare services accounting for 28.4 percent of these costs followed by chronic respiratory disease 23.8 per cent and diabetes mellitus 16.1 percent.